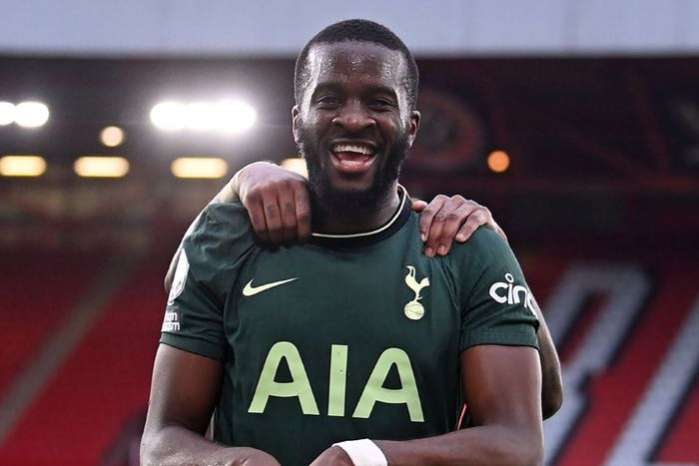 Barcelona are reportedly lining up a loan move for Tottenham Hotspur midfielder Tanguy Ndombele in the upcoming January transfer window.

According to a report from Spanish publication SPORT, Tottenham Hotspur midfielder Tanguy Ndombele has emerged as a priority option for La Liga bigwigs Barcelona ahead of the January transfer window.

Ndombele signed for Tottenham in the summer of 2019 from French giants Lyon but has struggled to make the kind of impact expected from him after the huge sum that the club splashed to sign him. To date, the 24-year-old has featured 84 times for the north London giants, scoring ten goals and setting up eight more.

Ndombele struggled for game-time under Jose Mourinho and Ryan Mason last season, while things did not improve much under Nuno Espirito Santo. The midfielder has featured just six times in the league this term, scoring one goal. With Antonio Conte now at the helm, his future has become a subject of speculation.

It is claimed that Conte has his sights set on signing Franck Kessie from AC Milan, with a pre-contract agreement over a summer transfer being close. Such a move would further diminish Ndombele’s prospects at Tottenham, with the Lilywhites now considering the possibility of offloading him.

Barcelona could offer the French international a temporary reprieve as per the report mentioned above. The Catalans are long-term admirers of the midfielder and have kept monitoring him from before his switch to Tottenham. Rumours of interest had surfaced not so long ago, with the Catalans now seemingly ready to act on their interest in him.

The report states that the Blaugrana are intent on adding a box-to-box midfielder with Ndombele, a player that fits the bill. In addition to him, they are also looking at Borussia Monchengladbach’s Denis Zakaria, Boubacar Kamara of Olympique Marseille as well as Kessie. However, it is Ndombele that is being seen as the best option for the January transfer window.

To that end, Barcelona are considering making a move for the Tottenham midfielder to sign him on loan until the end of the season. A temporary switch makes sense from the club’s perspective, given their financial situation, while Ndombele could also benefit from a change of environment.

However, with Frenkie de Jong, Pedri, Gavi, Nico Gonzalez, Riqui Puig all vying for the midfield positions at Camp Nou, he could find himself in a similar situation to that at Tottenham in Barcelona as well.