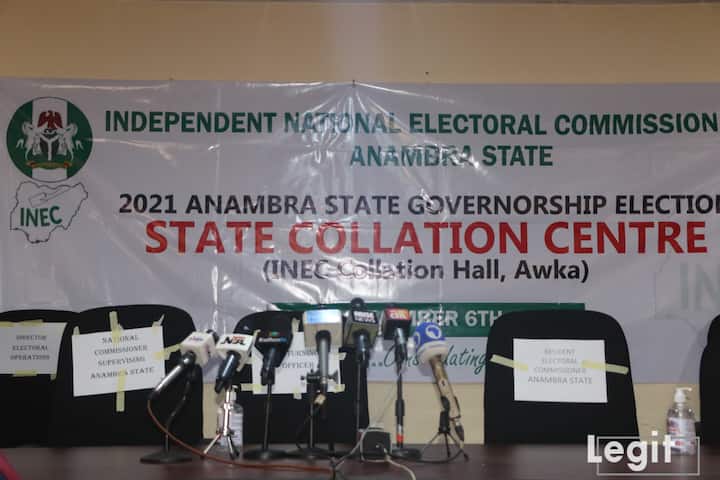 On Sunday, November 7 2021, voting for the governorship election in Anambra State has mostly been concluded and collation of results is currently ongoing at local government areas level.

Also, ahead of the vote counting, APGA Candidate, Charles Soludo seems to be leading the vote, having won 10 LGA out of the 11 collated and has defeated PDP, APC candidates in their LGAs.

The independent National Electoral Commission (INEC) will receive the results from the LGAs, do the final collation and declare the winner.

The final and verified results will be announced at the final collaction center in Akwa.

Florence Obi, vice-chancellor of the University of Calabar and the state returning officer for the governorship election, has announced a one-hour break. The exercise will continue at 3:30 pm.

See Live Updates of APGA, APC, PDP and YPP below