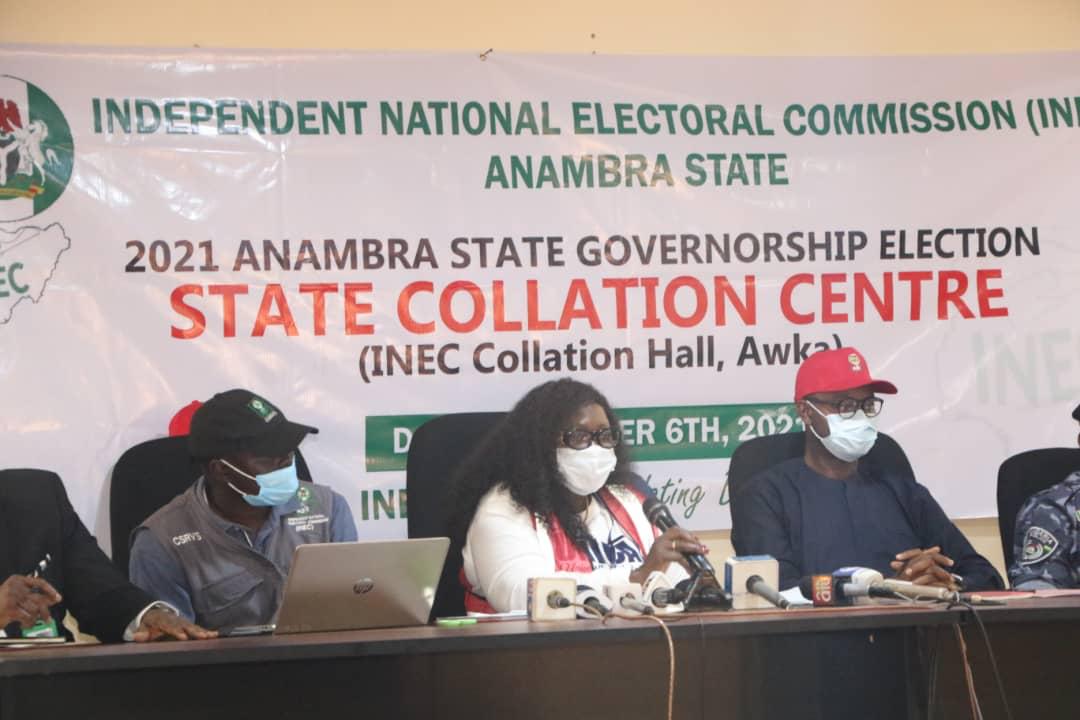 The collation officer of Orumba North LGA, Micheal Otu, allegedly refused to read out the collated results of Orumba LGA

While called out to read out results, he described his experience as pathetic but “I thank God I’m alive.” He said.

Otu said he did not believe in the results he held and also accused INEC officials attached to him of conniving with those who disrupted the process.

Florence Obi, the state returning officer, asks Otu to produce the results, but he continues to say he doesn’t believe in the result and did not read it out as mandated

Obi also affirmed that this is the only LGA she got a distressed call from during the election.

“I had to call the commisioner of police that the life of my staff was in danger,” she says.

Victor Umeh, the agent of APGA accuses the collation officer of being “hired to destroy this election.” He said his party won the election in the LGA. He added that there’s nothing to sustain Otu’s story.

Obi collected the documents from Otu, and asks him to go. However the result was neither read out, nor taken in.

Below are live update of the last two Local Government result