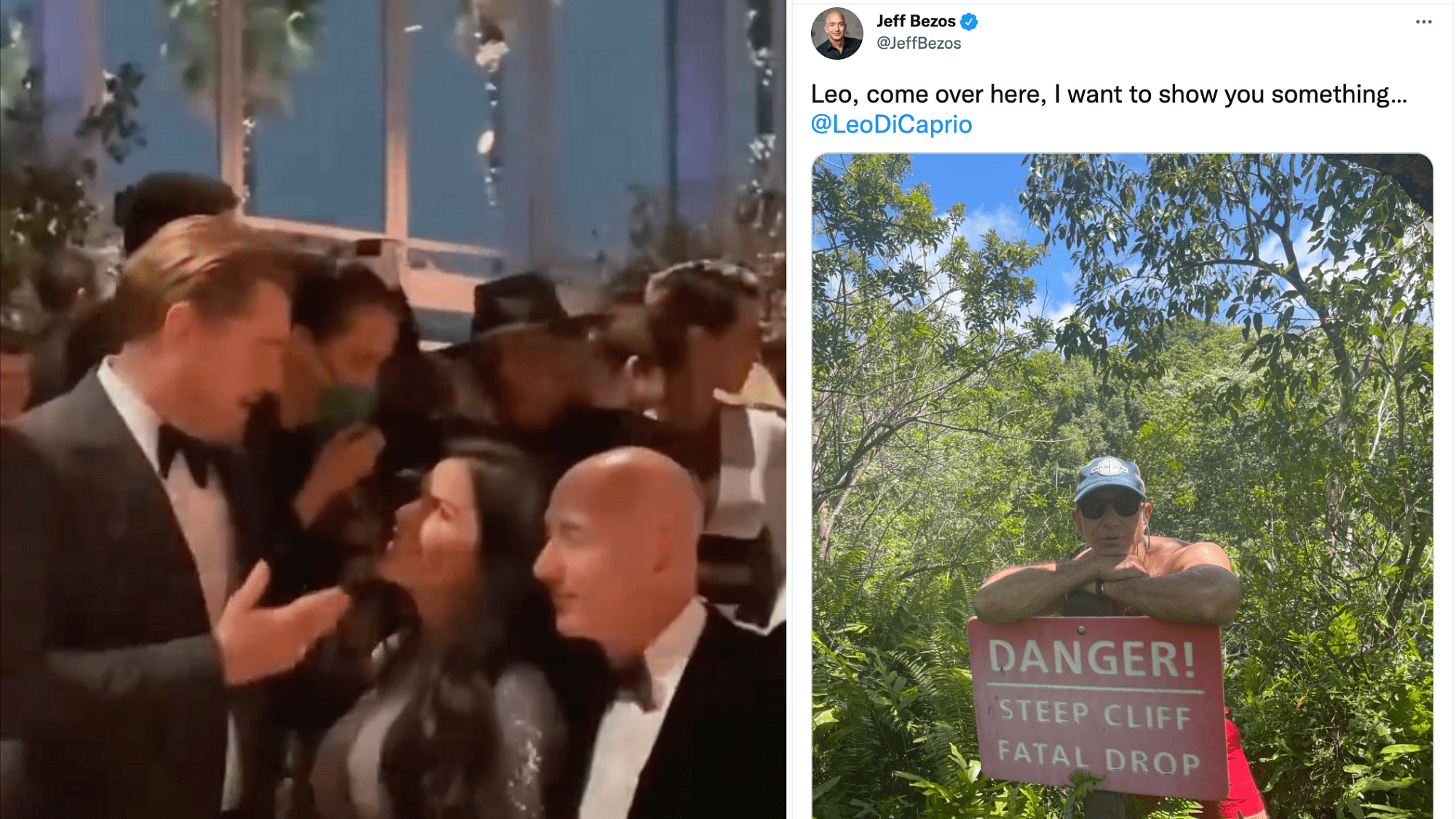 American billionaire, Jeff Bezos, has jokingly responded to a viral video of his girlfriend interacting with Leonardo DiCaprio with a hilarious threatenin message for the actor. In the video, his girlfriend was seen gazing at DiCaprio.

Over the weekend, the Amazon founder and his girlfriend Lauren Sanchez attended the LACMA Art+Film Gala in Los Angeles, where they were seen in interacting with DiCaprio.

However, the internet has gone crazy over a video captured during the event asking whether the exchange between Sanchez and DiCaprio was flirtatious, as the TV reporter appears to have her arm briefly around the Titanic star – who she can be seen smiling at – while Bezos stands by her side.

The clip was posted to Twitter by Barstool Sports and captioned: “Leo is Mr Steal Yo Girl,” and it prompted a response on Monday from Bezos, who tweeted a photo of himself alongside a danger sign warning of a “fatal drop” and beckoned DiCaprio over.

“Leo, come over here, I want to show you something… @LeoDiCaprio,” the 57-year-old billionaire captioned the photo, which sees him leaning over the sign that reads: “Danger! Steep cliff. Fatal drop.”