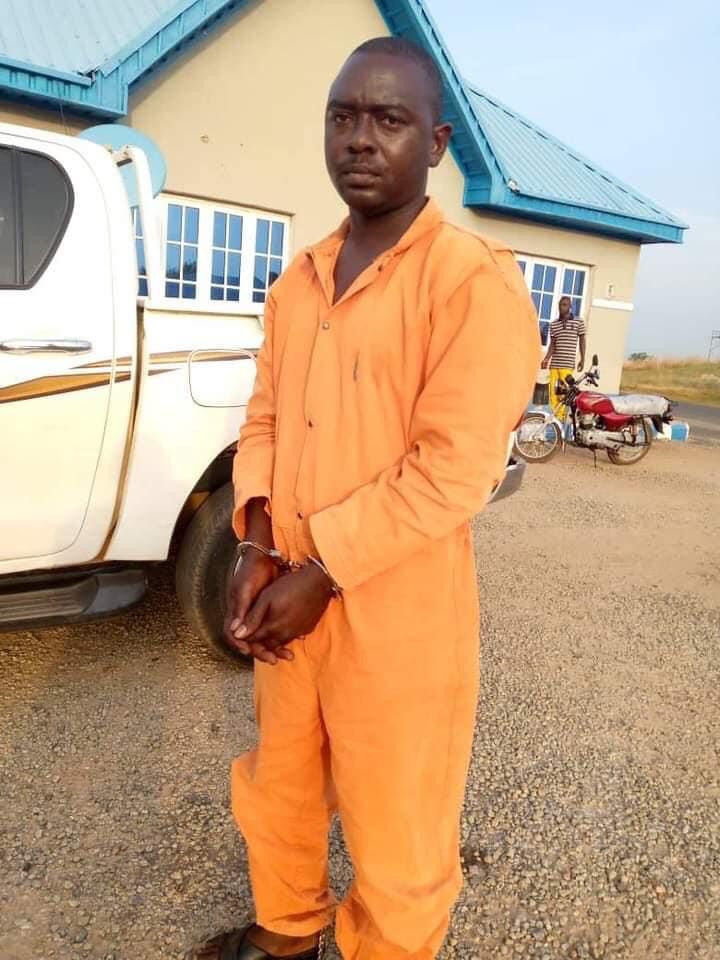 The personnel, Sergeant Torsobo Solomon, currently attached to the Air Force Comprehensive School, Yola is a member of the Nigerian Air Force (NAF).

The military announced he was arrested on Monday in Yola, capital of Adamawa State.

Some gunmen had in the early hours of August 24 attacked the foremost military varsity, killing two officers and abducting another senior officer.

Report said the gunmen attacked the NDA campus in Afaka, Kaduna State, around 1:30am in large umbers and invaded the dormitory at the NDA.

Aside from the officers that were killed and kidnapped, others sustained gunshot wounds during the dawn invasion.

The statement read;
“On 08 Nov 21, at about 0600hr, NAF07 / 23922, SGT TORSABO SOLOMON of 153 BSG (AIRFORCE COMPREHENSIVE SCHOOL YOLA) was arrested on the order of the Base Comd as requested by the NDA Commander for an offence connecting with arms and ammunition with recent bandit attacked at NDA KADUNA.

“At about 0815hr, ATR with reg no NAF 930 arrives to convey him from yola to NDA KADUNA for further interrogation”