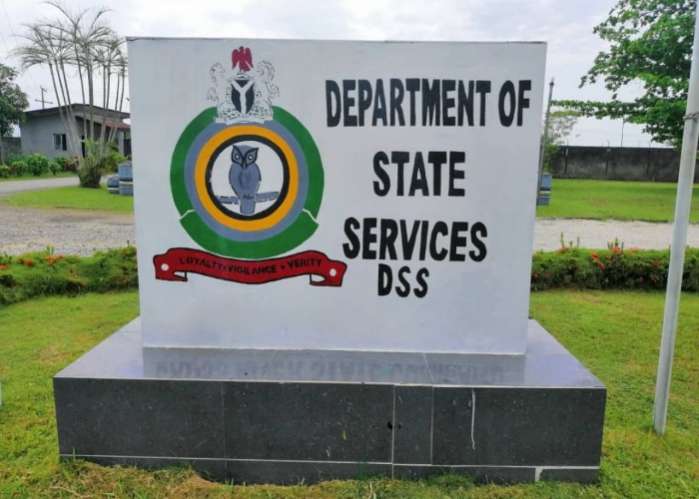 The Department of State Service (DSS) has bursted a notorious bank robbery gang known as “Open Boots” in Kano State.

It was reported that the gang specializes in trailing their unsuspecting victims from the banks after they have withdrawn money to either rob them or break into their vehicles to steal the money.

Parading the ring leaders of the syndicate, the Kano State Director of the DSS, Alhassan Muhammad, said for the last three years the criminals have terrorised Kano and its environs with their dastardly acts.

DSS Director said: “We got them around Jain quarters of the Kano Metropolitan City, at a House after breaking the Motorcycle to steal the money, using our surveillance team who are on ground investigating problems”.

“For the last three years these guys have been operating in Kano, Kaduna, Katsina, Maiduguri and so many other states, and on several occasions, they were arrested but set free because of the Institutional weaknesses facing us”.

The Director hinted that members of the criminal syndicate are scattered all over the place but his men have also been deployed to track them, adding that at the end of their investigation they would hand them over to the Police who have prosecuting powers on these kinds of cases.

Alhassan Muhammad said, “We have strong evidence against them and their activities could be robbery because where they cannot make easy money to collect, they sometimes use force which”

The victim whose N300,000 was taken from his motorcycle said he collected money from the bank, which he wanted to transfer not knowing he will do it at the bank but went to a POS while negotiating with the operator the Criminals took away his money.

“I thank the DSS men who were close by on surveillance, without my knowledge, they trailed them and got my money back”.

One of the ring leaders of the criminal gang, Abdulbasi Umar confessed that he has been in the Open Boots Syndicate for the last three years and at a time he dumped it and went to Dubai but came back and continued with it.

He said in all the operations they have carried out, he got the biggest money of N300,000 and that they have never used any dangerous weapons in their operations.