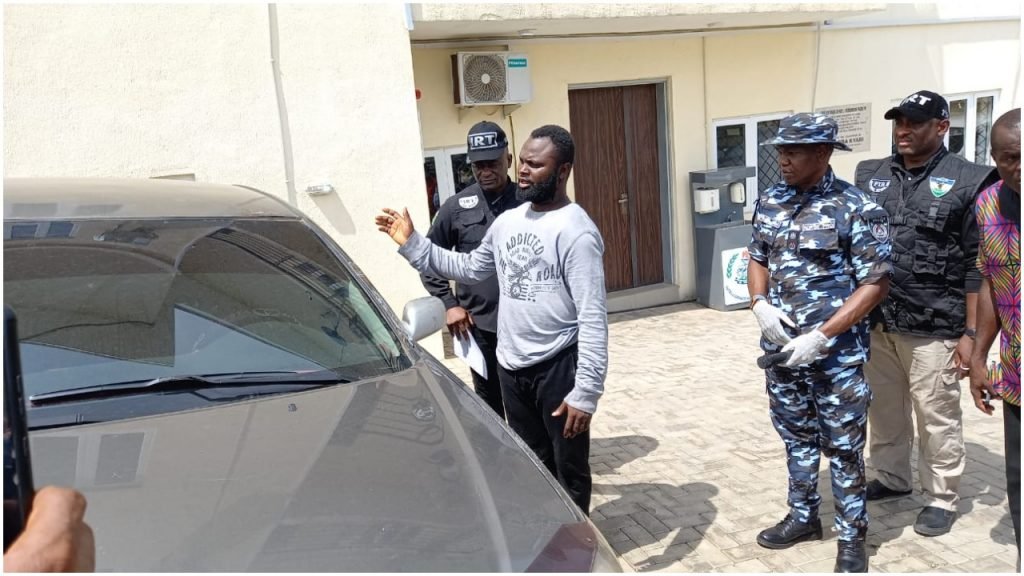 Salem who was declared missing on October 13 was found dead in Abuja on Thursday evening.

Force Public Relations Officer, Frank Mba parading Clement at premises of the Intelligence Response Team (IRT) in Abuja, disclosed that he was arrested following an investigation carried out by the Force Intelligence Bureau.

Mba said Clement was driving a 2004 model Toyota Camry with number plate BWR 243 BK at about 10:00 pm on the night of 13th October 2021, when he hit Salem around the Mabushi area and ran away.

During interrogation, the suspect said, “I thought he was an armed robber that I knocked down until the following day when I saw a smashed phone on my windscreen. The phone was not working again so I threw it away.”

Asked why he ran away after the accident scene, Clement claimed that the area where the incident happened is notorious for criminal activities.

“The place I knocked this person down, is a criminal place everybody knows that place,” he added