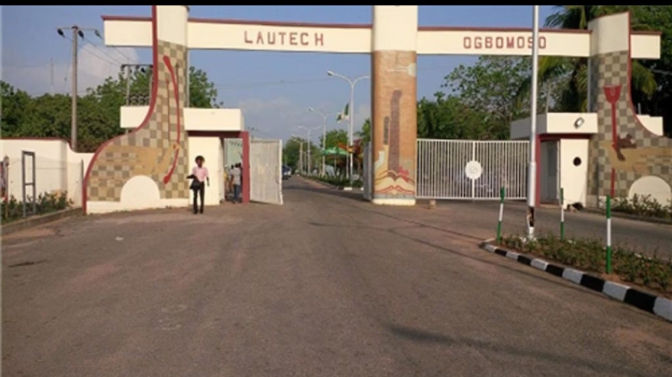 The Dean of Faculty of Nursing has humiliated a female student whose identity is yet to be disclosed for wearing Hijab.

The incident occurred when the board of Open and Distance Learning Programme was addressing the newly admitted nursing students.

Professor Ajibade Lawal who had earlier stated that scrub is the only approved wear for nursing student, while addressing the students asked one of the students who was wearing a Hijab to leave the class.

This action of the Dean provoked the students who vowed to disrupt academic activities in the institution if a public apology isn’t tendered. His action was doesscribed by the Students as biolation of the female student right.

As at Thursday morning, it was gathered that students of the institution are currently protesting at the entrance of the university.

Mr. Akin Fadeyi the Public Relations Officer of LAUTECH, when contacted, confirmed the incident. He started that the situation was being handled by the management of the institution

“This is to inform stakeholders that the unfortunate issues of yesterday as it affects Professor Bayo Lawal Ajibade and a particular Muslim woman is being handled by Management of LAuTECH, Ogbomoso, Oyo State.

“Professor Mojeed Olaide Liasu already mandated the Provost of the College of Health Sciences, Professor Adeyemi, to supervise a high powered investigation into the matter.”

” Management, therefore, imploring students particularly, to maintain peace as they go about their duties in the premises to allow investigation go on.

“The Ag. Vice-Chancellor Professor Mojeed has assured that nobody will be shielded”.