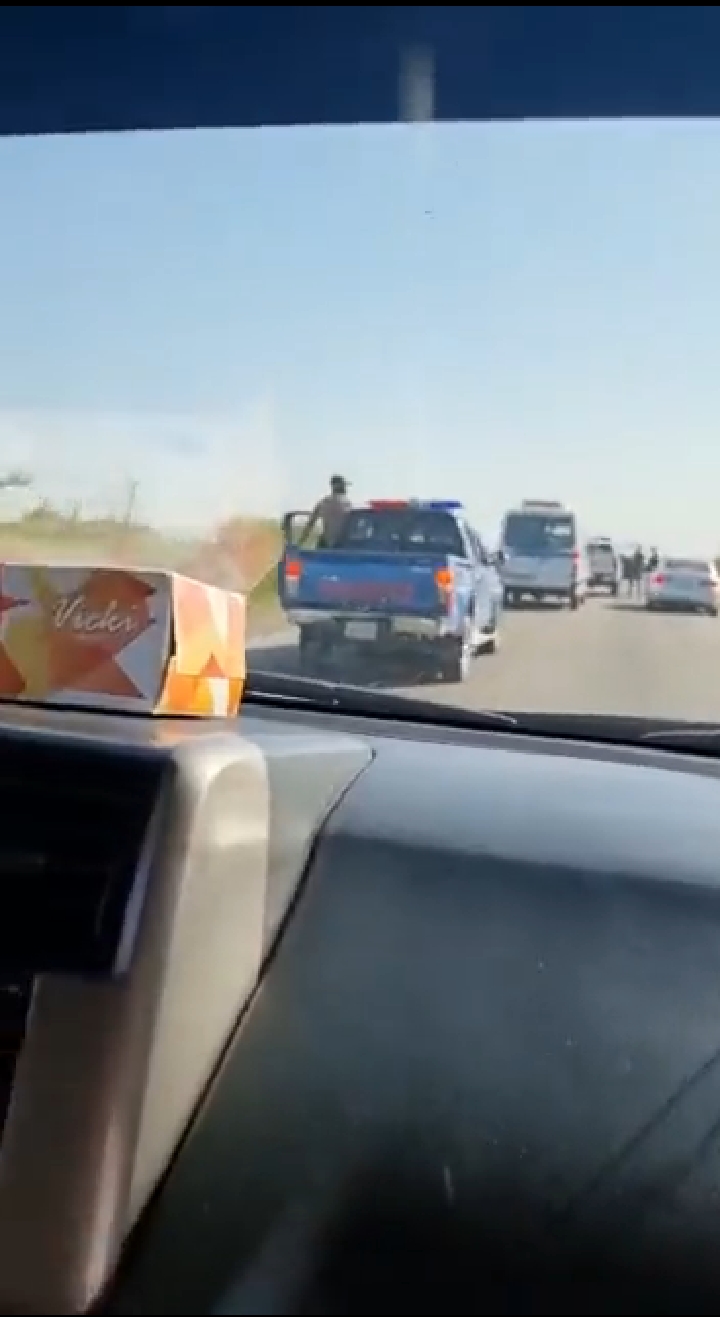 Armed kidnappers have reportedly returned to the Abuja-Kaduna highway on Sunday, and abducted some travellers.

A video reaching one of our correspondent showed empty buses on the highway, with police officers shooting sporadically into the air.

The Police Public Relations Officer in Kaduna has not been reached for further information but  the villagers near Katari village told journalists that at about 2 pm, the bandits wielding dangerous weapons blocked the Abuja-Kaduna highway for over 60 minutes and went away with some travellers.

According to one of the travellers who escaped the abduction, he said the armed bandits blocked the road at Katari village at about 2 pm and operated for more than an hour.

Another traveller revealed that “We had to turn back when we heard the shooting of guns and parked some kilometres away from the scene. After two hours when we saw other vehicles coming from the other side, we continued our journey

Another said ”On our way we saw over ten cars empty. The occupants might have been kidnapped or were able to run into the nearby forests ,for their lives,”