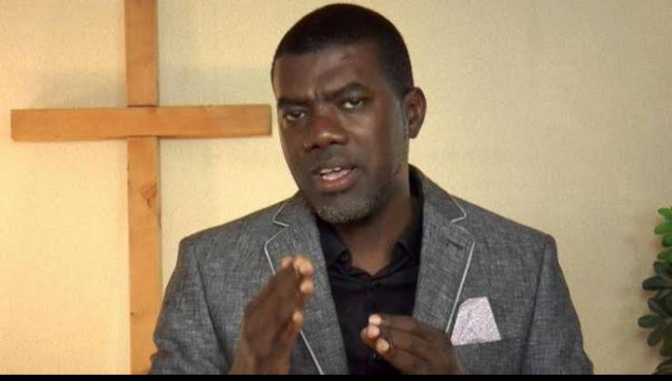 Reno Omokri took to his Twitter account and call the minister of information, Lai Mohammed, a dishonest and dishonorable man, after the minster called the final report of the panel that was set up to look into the LekkiMassacre fake.

Reno made reference to a statement that was released on July 5, 2021 by the Kwara State House of Assembly, that Lai is a “liar who lies everyday”.

He further said the Kwara State House of Assembly’s verdict which was later corroborated on October 18, 2021, when Governor Abdulrazaq of Kwara State called Lai a liar and a thief.

“I remind the public that Lai is yet to sue Governor Abdulrazaq”.

Lai Mohammed who quoted a forensic evidence that three corpses were killed from the LekkiMassacre, a statement that contradicted another which said nine persons died. The Minister of Information failed to mention that the forensic expert did not examine all the bodies.

Lai, however failed to address the fact that casings of bullets found at the scene are ONLY available to the Nigerian Army.

Below are the comments of Nigerians:

@jhayndlee: “His name says it all no need to elaborate… He lies more than Lucifer himself”.

@GHygienus: ” who doesn’t know Lai Mohammed is a chronic liar? It’s something genetic. The blood of all the people massacred at the Endsars peaceful protest will continue to cry against him and anybody who claims no life of the protesters was lost in the process”.

@Kumeneye: ” if Lie Mohammed doesn’t Lie, who will he look stupid to the world and himself? You can’t cheat nature. His name wasn’t a mistake. It was pre-planned but definitely not by the creator”.