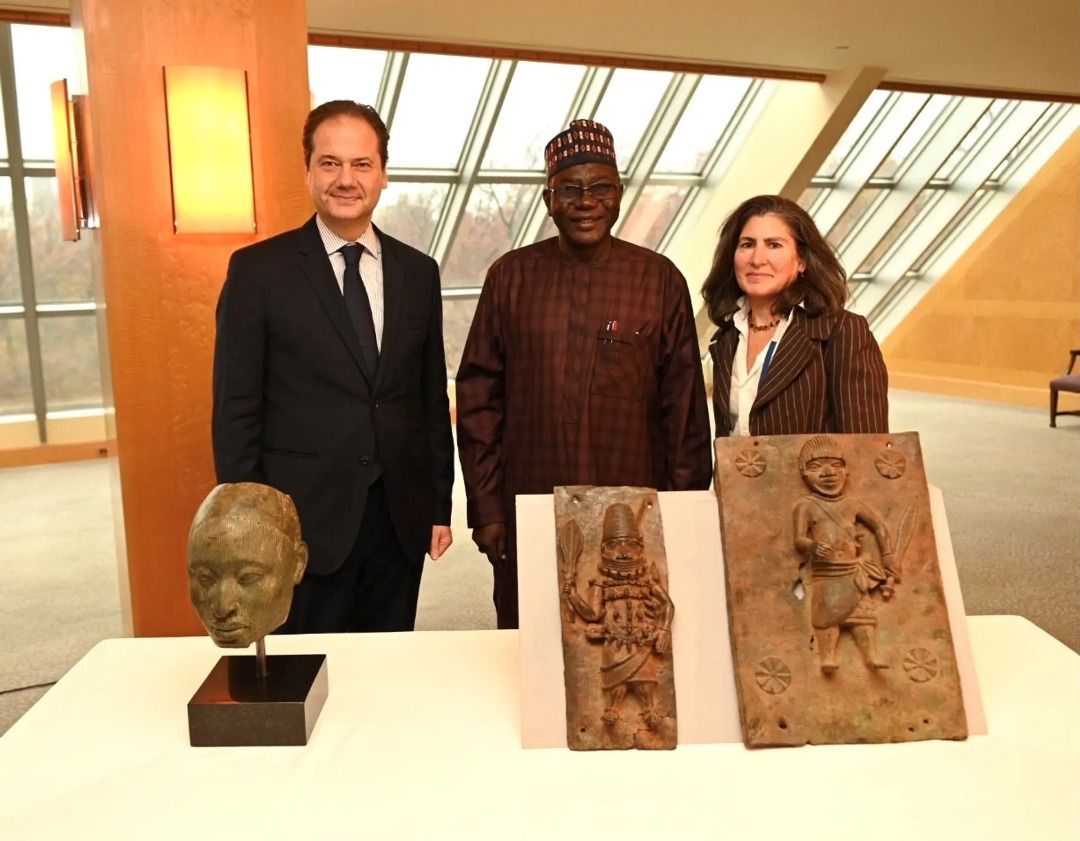 The stolen items are a 16th-century brass plaques looted in Benin over a century ago, and a 14th century Ife brass head

The artifacts were handed over to the Nigerian National Commission for Museums and Monuments (NCMM) at a ceremony on Monday, November 22, 2021.

A New York collector in 1991, sold the Benin artifacts to the museum in US and the Ife head was retrieved from a private seller who reached an agreement with authorities to return it after he first tried to sell to the museum without obtaining legal title.

The Met signed a memorandum of understanding with NCMM to formalise a shared commitment to ‘future exchanges of expertise and art’. “The Met is pleased to have initiated the return of these works and is committed to transparency and the responsible collecting of cultural property,” Met director, Max Hollein, said.

NCMM director-general, Prof. Abba Isa Tijani, hailed the museum for its commitment to ensuring that the artifacts return to their origins.

“The NCMM understands that there are great opportunities for collaborations of all sorts, including traveling exhibitions with many of these exquisite objects. The NCMM shall jointly with as many willing partners as possible pursue this under prospective agreements,” Tijani said.

Artifacts stolen from Benin City during a British expedition in 1897 have been scattered all over the world, displayed in museums and other institutions in the United States and Europe.

Several institutions in the United Kingdom, United States, and Germany have recently announced plans to return the artifacts.

The University of Aberdeen returned a bronze head to Nigeria. A cockerel artifact gifted to Jesus College, University of Cambridge by a student’s father in 1905 was also returned to the Royal Court of Benin last month.