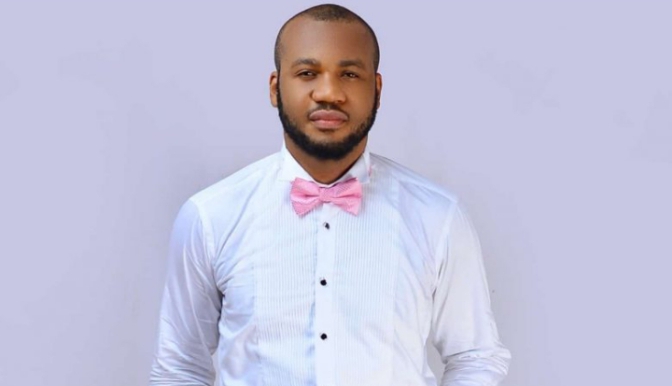 Kenechukwu, a staunch supporter of Muhammadu Buhari has been killed before his wife and daughter in Nkpor Anambra State.

The activist and lawyer became popular during the EndSARS protest when he sued Falz, Davido, Sam Adeyemi, and many others for spearheading the protest.

His killers were about 7 in number with machetes in their hands.

The wife accused his tenant of being responsible for his death. She claimed her husband had a misunderstanding with the tenant.

She said Chiadiobi, the tenant was living in their house when he packed out without notifying anyone. He appeared again, demanding a refund of his remaining rent, a request that was turned down by the deceased.

Unknown to them, the accused came along with other guys who had cutlasses in their hands.

She said they were not satisfied with the wound inflicted on him with their machete. They checked the house and brought the petrol meant for the gen.

Kenechukwu was too wounded to defend himself. Before she knew what was happening, they had lit him up with the petrol all over him. It was on a Sunday, the few neighbors that were around helped to put out the fire and rushed Kenechukwu to the hospital.

What hurts her the most is the fact that the accused is still moving around like a king.

According to her, no one has come to assist the family with the burial arrangements.

The police and DSS are not doing anything about the complaint that was lodged.