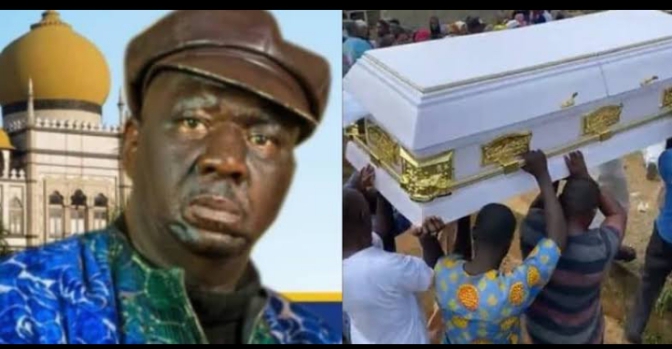 The comic actor was laid to rest today at his residence in Ikorodu, Lagos.

The burial was graced by his colleagues in the industry.

The Sheikh while expressing his displeasure at the way the family and well wishers handled the burial rite said, a lot was done in the wrong way.

He said the family did not only delay the burial they also put the body in a casket, even though the family said they won’t bury him with the casket, it still doesn’t make the practice acceptable in Islam.

According to Sheikh Ahamad Olanrewaju Alfulanny, some people even suggested that they take the body round before finally laying it to rest.

He said so many things were done at the burial that are not acceptable.