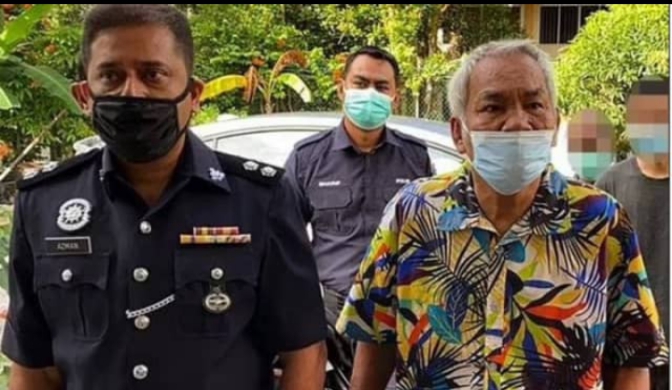 The 60-year-old widower, Shaari Hasan, was caught pants down with the female goat which eventually died.

Hasan who is a senior citizen committed the heinous act behind a house at Kampung Sungai Buaya in Rawang.

An offense which is punishable under section 377 of the Penal Code for voluntarily having carnal intercourse with an animal. Anyone found guilty is faced with a maximum jail term of 20 years and liable to a fine or whipping.

The lawyer of the accused pleaded for his client to be bailed since the offense was bailable, but this was refused by the judge, and the next hearing was fixed for December 24.

The goat’s owner who heard the goat making a strange sound, checked and saw the man who happens to be a known face. The suspect immediately fled the scene.

She checked on the goat and discovered it had died, she immediately lodged a reported the case to the police.