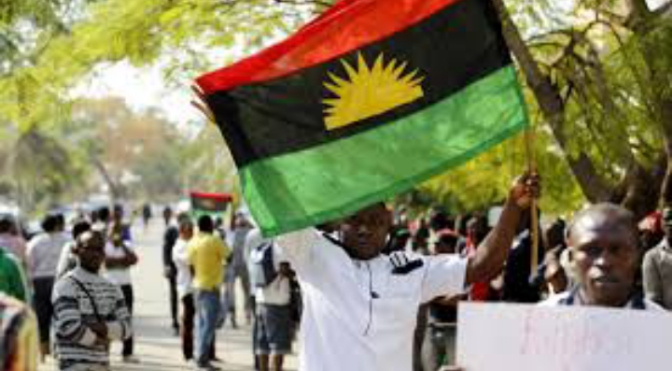 Sheikh Gumi, while addressing a statement from the Federal Government after the herdsmen were declared terrorists, made reference to the Indigenous People Of Biafra.

In his statement, he said:

“If you can remember, IPOB has also been declared a terrorist organization. A declaration that was even backed by an order from the court. But this declaration is not recognized internationally”.

Reacting to this, IPOB said it is total madness for Gumi to compare it with bandits.

IPOB said, how can an organization that is staging a peaceful protest for its freedom be compared to a killer group terrorizing the Nation for no reason.

” Gumi should hide his face in shame for his open support for murderers, while on the other hand claiming to be an Islamic cleric. It is because of people like him that bandits and terrorists keep spilling blood across the country because they know he will always make a case for them. Sheikh Gumi should tread with caution because the world is watching. An advocate of bandits can’t claim to be a true Islamic cleric or scholar”.