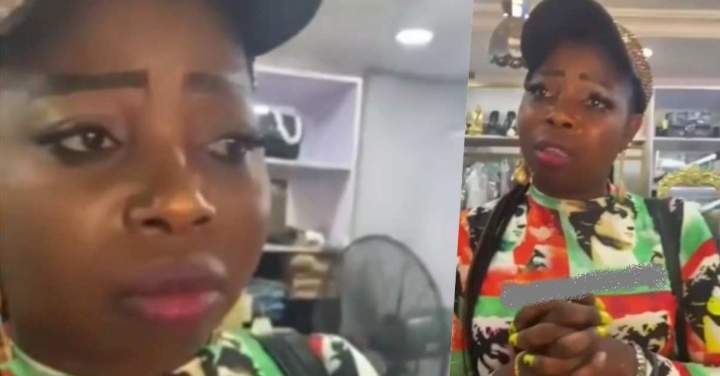 The store attendant said the woman came in to the fabric store pretending to be a potential customer, she also added that she pulled her camera to record the woman the second she folded the clothing material in her bag while trying to take her leave.