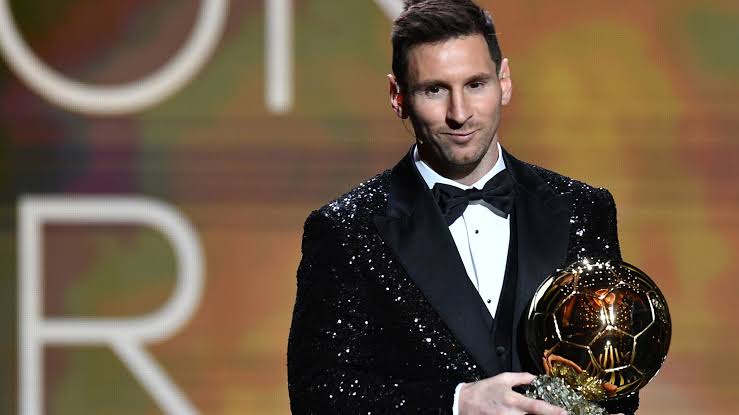 The magical Argentinian was involved in 58 goals in 56 apps for Barcelona, Argentina and PSG in 2021, lifting a Copa del Rey and Copa América in the process.

Messi who is now two triumph clear of Christian Ronaldo who is just a Five-time winner received his prestigious award at glitzy gala in Paris on Monday, 28th Nov 2021.