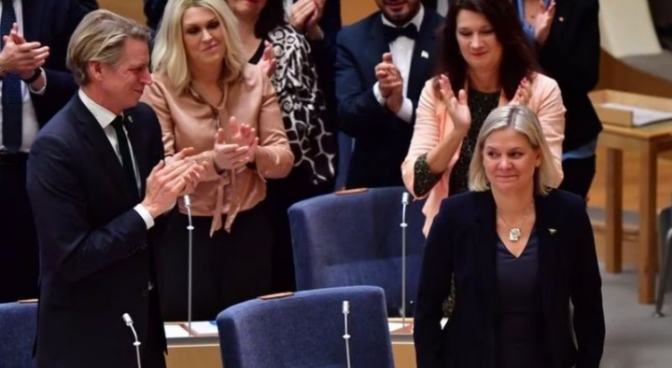 Sweden’s first female prime minister who resigned a few hours after she was appointed last week due to political turmoil, has been reappointed.

Andersson was the finance minister for seven years before leading the Social Democrats in early November.

The 54 year old economist who’s plans to form a new coalition government with the Green Party was not granted when her proposed budget failed.

Her re-election was applauded by the MPs in Parliament.

In a new vote on Monday, MPs backed Magdalena, Social Democratic Party leader. She is expected to win the people’s hearts against next year election.