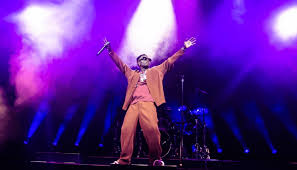 Nigerian Award-winning artiste Ayodeji Balogun popularly known as Wizkid has reportedly raked in over N5.2billion in gross earnings from his ongoing ‘Made in Lagos’ concert held at London 02 Arena.

Wizkid who reportedly sold out the 20,000 seat capacity of O2 Arena in London before the three-day music event which was held from November 28 to December 1, 2021 perform songs from his ‘Made in Lagos’ album and other songs from his previous works.

Other performances from Chris Brown, which was his first performance in London in 12 years, Skepta, Ella Mai, Buju, Bella Shmurda, Fireboy, Tems made the event bubble.