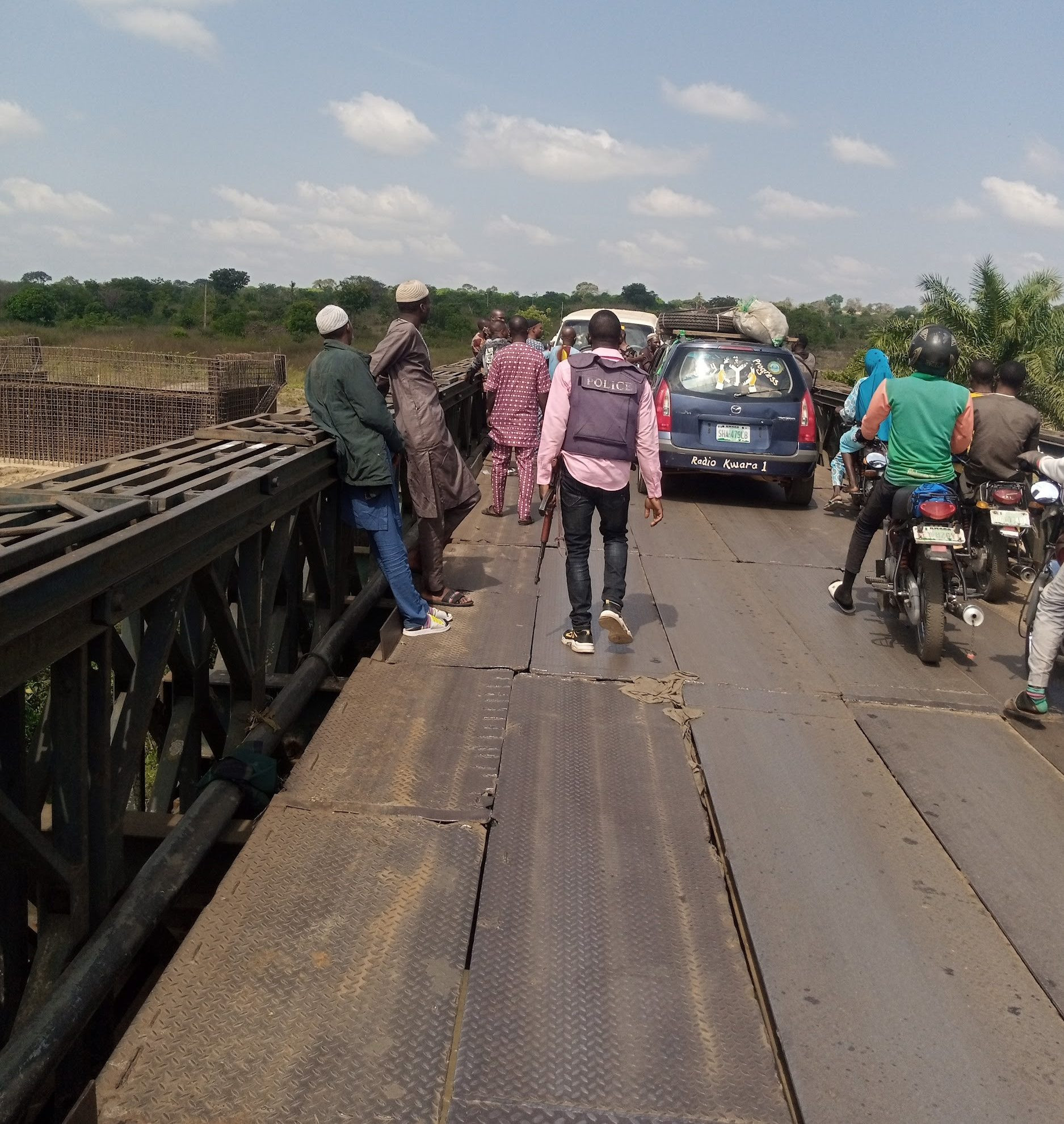 A woman and her three children narrowly escaped death after a container on a trailer fell on their vehicle at Offa garage in Kwara state.

It was gathered that the trailer was allegedly being chased by operatives of the Nigeria Customs Services (NCS) in Kwara State when the container fell on the vehicle the woman and her three children were riding in.

The victims were rushed to the hospital, the woman was badly injured with one of her three children in the vehicle. The two of them are still receiving treatment in an undisclosed hospital where they were taken to last night.

“The incident happened around past 9pm. The woman and her three children were trapped for several minutes after the container fell on them.

“The customs officials chased the truck they suspected was carrying smuggled rice. But it was only woods that were inside the container after it fell” an eyewitness said

However, the PRO of Kwara Customs, Chado Zakari, denied that his men were chasing the driver.

“We just happened to be in the vicinity at the particular time; we were not chasing the truck driver. The driver ran away and I am sure if we were chasing him, he would mobilise his colleagues to come and mob us” he said.