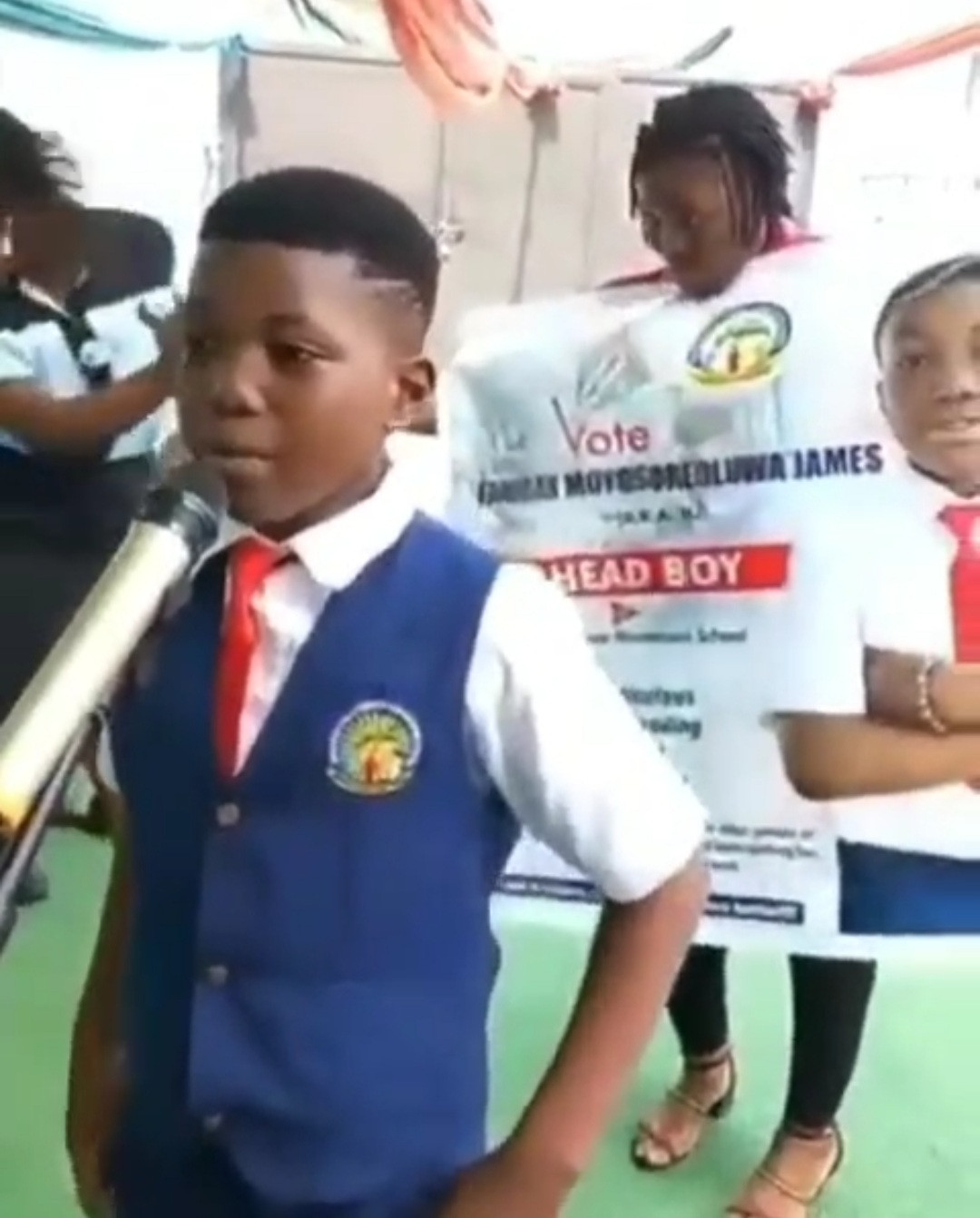 His Opponent, Jedidah gave a moving speech during the election which Nigerians believed would earn him the position of the school’s Head Boy, however, he lost to Moyosore.

Moyosore, was elected Head Boy with 92 votes while the student whose campaign speech went viral, Jedidah, got 26 votes.

Jedidah was compensated with the Assistant Head Boy position.

Watch the winner’s campaign speech below