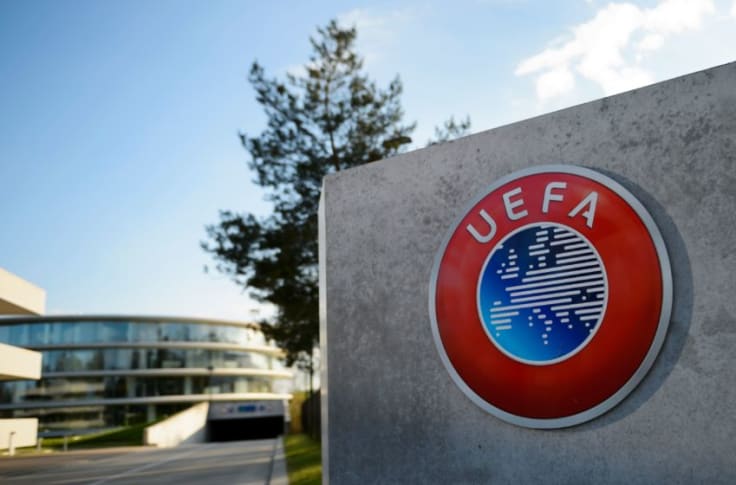 Tottenham’s postponed Europa Conference League game with Rennes will not be rescheduled, UEFA has said.

Spurs announced on Wednesday that the group match – due to be played on Thursday at Tottenham Hotspur Stadium – could not take place following 13 coronavirus cases at the club.

The result of the match will now be decided by the Uefa control, ethics and disciplinary body next week.

European football’s governing body said: “Uefa in cooperation with the two clubs tried to find a viable solution in order to reschedule the match.

“Unfortunately, despite all efforts, a solution that could work for both clubs could not be found. As a consequence, the match can no longer be played.”

The fixture was Spurs and Rennes’ final game in Group G, which must be completed by 31 December.

Rennes have already reached the last 16 as group winners, while Tottenham are third – three points behind Vitesse, who beat NS Mura on Thursday.

The group runners-up will secure a spot in a play-off for the last 16.

Eight Spurs players and five members of staff tested positive for Covid-19. Uefa rules state that if clubs have 13 fit players on their A list, including a goalkeeper, they must play.

Tottenham’s Premier League game at Brighton, due to be played on Sunday, has already been postponed.

Spurs are next in action against Leicester City on 16 December.

They are scheduled to host Liverpool on 19 December, play a home EFL Cup quarter-final against West Ham on 22 December, entertain Crystal Palace on 26 December and travel to Southampton on 28 December.

Both sides forfeiting the game or the match still going ahead are two of the possible scenarios in a complicated case.

Although Uefa has said the match cannot be played, its disciplinary body could set aside the 31 December deadline for the match to go ahead and the group stage to be completed.

There will also be an assessment of Spurs’ decision to call the game off and whether Rennes should be more flexible in agreeing a rearranged date.

If Tottenham – as the team who were not able to play on Thursday – forfeit the game, they are out. The club are adamant they want to play the game on a rescheduled date.

If Rennes forfeit, while it has no effect on them as they are through as group winners, it would put Tottenham into the play-off and knock Vitesse out.

Vitesse have already stated their annoyance at having to play their final group game out of sync with Tottenham given both teams were trying to reach the next stage.