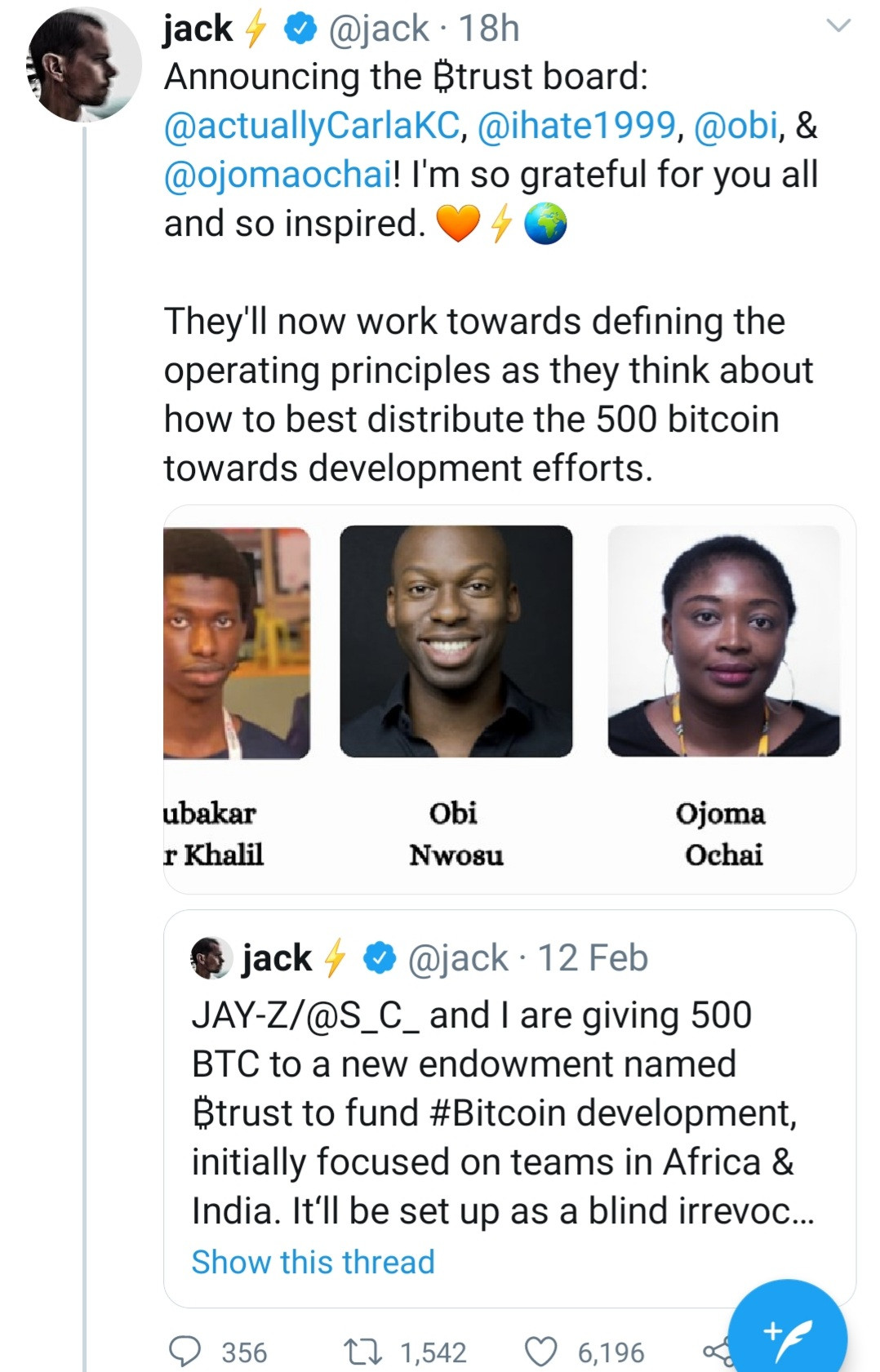 Twitter founder, Jack Dorsey, has appointed three Nigerians and one South African to lead the board of his Bitcoin Trust (BTrust) fund which will be disbursed for development in Africa and India.

“I’m so grateful for you all and so inspired,” Dorsey tweeted on Wednesday while announcing the leaders of the Bitcoin trust fund.

In a statement shared on Twitter on Wednesday, Dec. 15, Dorsey revealed the identities of the BTrust who were selected from a pool of 7,000 applicants, three of whom are Nigerians; Abubakar Nur Khalil, Obi Nwosu, Ojoma Ochai, and South African, Carla Kirk-Cohen. .

Obi Nwosu is the Co-founder of Coinfloor, a serd-level cryptocurrency startup, which has raised $300,000 in funding round.

Ojoma Ochai is the Managing Partner at CcHUBCreative (Co-Creation Hub), a technology innovation workspace, accelerating startup growth in Nigeria and selected part in Africa – CcHUB has raised $5.5 million to aid its operation.

Abubakar Nur Khalil is a bitcoin core contributor, and had received $50,000 in BTC for his work on Bitcoin wallet software from Human Rights Foundation (HRF) in May 2021.