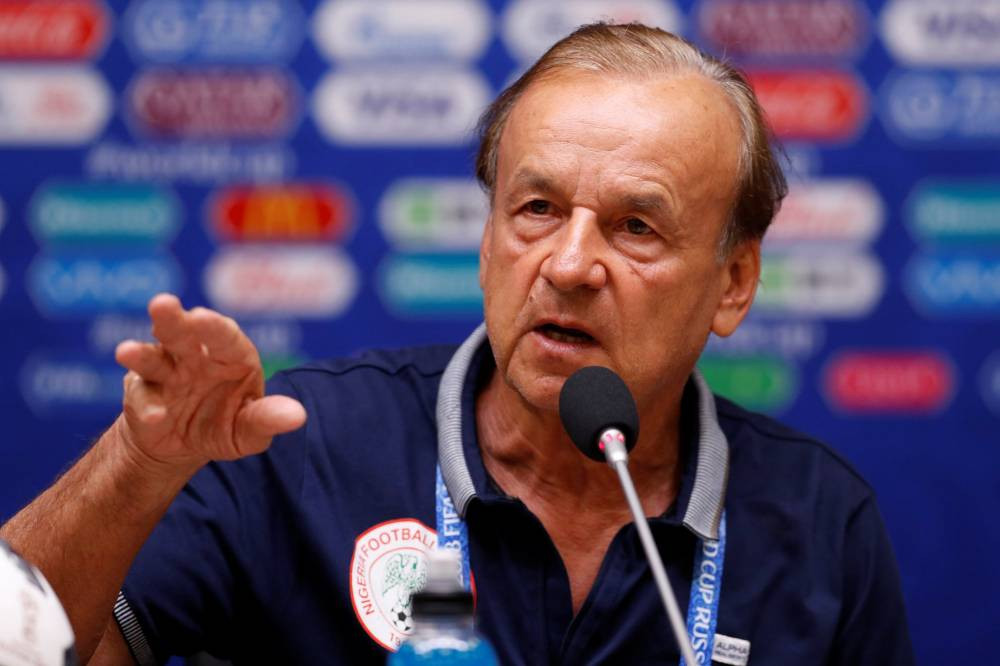 Former Super Eagles coach, Gernot Rohr who was sacked by NFF last Sunday due to what it called “poor performance.” has alleged that officials of the Nigerian Football Federation (NFF) were always interfering in his players selection for matches.

The Franco- German in a chat with ESPN on Thursday December 16, disclosed that it was difficult to work in these conditions as he recalled how he stood his ground.

Rohr said;
“I know that all Nigerians are passionate about football, and everybody has his own favourite for this. And I understand that everybody wants to see their favourite players. What is true is that perhaps I didn’t follow the suggestions or the advice of the officials to invite certain players.

“That is possible because I wanted to do the choice with my technical staff and not with people from outside the team. I got a lot of suggestions, but I always wait. I understand that the officials want to do well — everybody wants to bring in his advice, his opinion — but in the end, it was too much, and it was difficult to work in these conditions.”