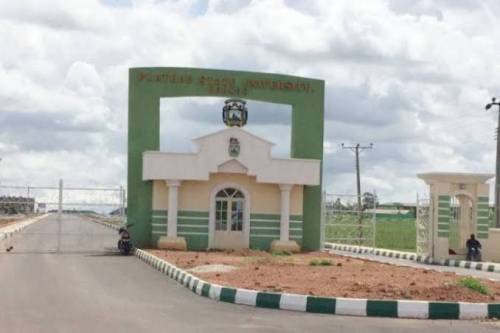 Members of the Academic Staff Union Of Universities (ASUU), Plateau State University (PLASU), Bokkos, have on Monday embarked on an indefinite strike over some unresolved issues.

This was made known in a statement issued on Monday, Hassan Monday Zitta, the Chairman and Deme Samson Bitrus, the Secretary of the union.

According to the statement, the strike action follows the failure of the government to address security concerns; wages and allowances; construction of staff quarters among others.

It noted also that it got the permission of the National Executive Council of ASUU to embark on the strike on November 13.

The statement reads, “Following the Congress Meeting held on Monday, 20th December 2021 at the Social Sciences Auditorium (SSA), congress reviewed the level of implementation of 2nd March, 2021, Plateau State Government/ASUU-PLASU MOA and resolved that the State Government having signed an MOA with the Union on 2nd March that led to the suspension of that strike action has failed to: Address security concerns by deploying the services of armed Civil Defence Corps on resumption.

“Locate a functional Police Outpost in the university host community, settle the National Minimum wage arrears within the first quarter of 2021, immediately release the sum of seventy million naira as part payment of the Earned Academic Allowance arrears for the first tranche while the second tranche of seventy-two million in October 2021 has been long overdue.

“Make complete the payment of mainstreamed Earned Academic Allowances for 2019/2020 which was indiscriminately paid with a lot of members short-changed.

“Commence the construction of staff quarters within the first quarter of 2021. Complete the perimeter fencing of the institution among other issues as contained in the MOA.

“Allow for the election of Deans and HODs in the Faculties and Departments. Consequently, the Congress requests the approval of the National to grant another fresh permission to embark on a total, comprehensive and indefinite strike action to enable it to draw the attention of the Government as all efforts by the Branch/Zone has proven abortive since 2nd March 2021.

“Based on the aforementioned, ASUU National in her Abuja NEC of 13 November 2021 granted the Branch’s request to embark on a total, comprehensive and indefinite strike action to push home her demands.

“By this, the public is duly informed that our members have suspended all academic activities following this announcement made today 20th December 2021 until all demands in the agreement are met.”