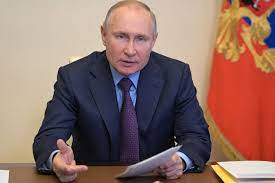 Russia, on Monday, expelled two German diplomats in response to a spat with Berlin over a German court’s ruling that Moscow had ordered the 2019 assassination of an ex-Chechen commander in a Berlin park.

“The German ambassador was informed that two diplomatic employees of the German embassy in Russia were declared ‘persona non grata’ as a symmetrical response,” Russia’s foreign ministry said in a statement.

It did not say when the German diplomats needed to leave Russia.

The ministry added that it had registered a “strong protest” with the German envoy over Berlin’s expulsion of two Russian diplomats last week.

Last week, judges in Berlin sentenced Russian national, Vadim Krasikov, alias Vadim Sokolov, to life in jail after convicting him of gunning down Georgian national, Tornike Kavtarashvili, 40, in a Berlin park in 2019.

The murder was meant “as retaliation” for being a Kremlin opponent, a judge said.

Russia’s foreign ministry said Monday that Moscow “categorically denies the unfounded and divorced from reality accusations” that it was involved.

Germany had already thrown out two Russian diplomats shortly after the murder in protest at Moscow’s perceived lack of cooperation with the probe.

Russia denied any connection to the killing and responded with a tit-for-tat move.