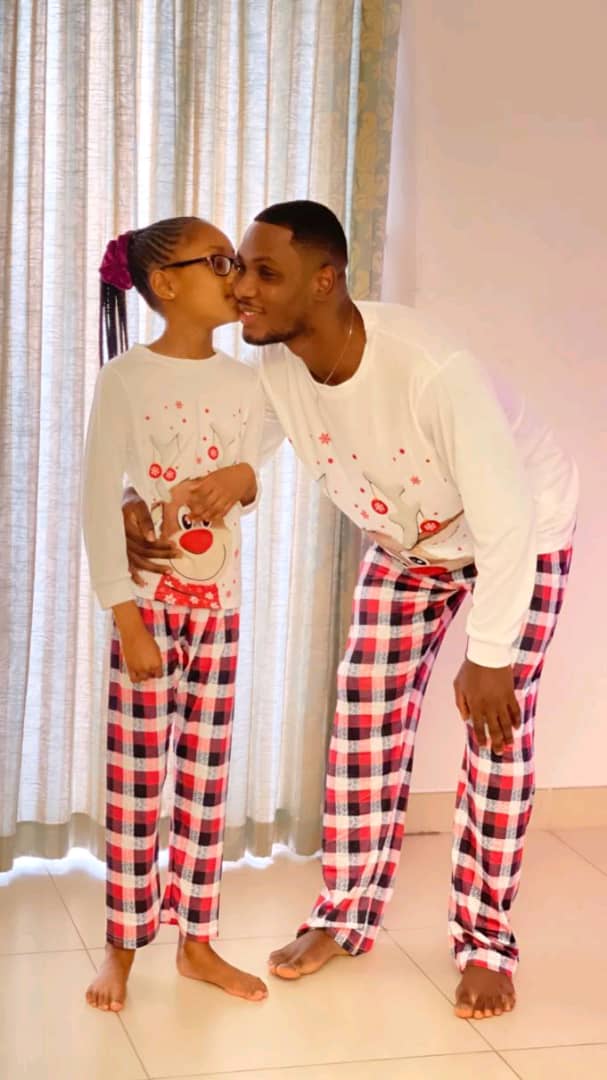 Nigerian footballer, Jude Ighalo’s daughter, couldn’t believe her eyes after she received an iPhone 13 from her dad as Christmas gift.

The Footballer after doing a lovely Christmas photoshoot with his kids, bought unique presents for each one of them to celebrate Christmas.

He shared photos of the moment they unboxed their gifts and his daughter’s reaction to hers was priceless.

The 7-year-old girl was in shock when she removed the protective seal from the phone that she blurted out that it can’t be real.

She is heard saying, “No papa, this is fake”.

This has stirred hilarious reactions on social media as some netizens ask her to give them the phone so they can check its authenticity.

@pretty.judy wrote, “Give me make I help you check am”

_somebodys1stson wrote, “Iphone 13 that some people are willing to sleep around for is what a minor somewhere else is waiving off as inferior lmfao ”

@queen_mojoyinoluwa wrote, “Bring it here darling I’d discard it for you”