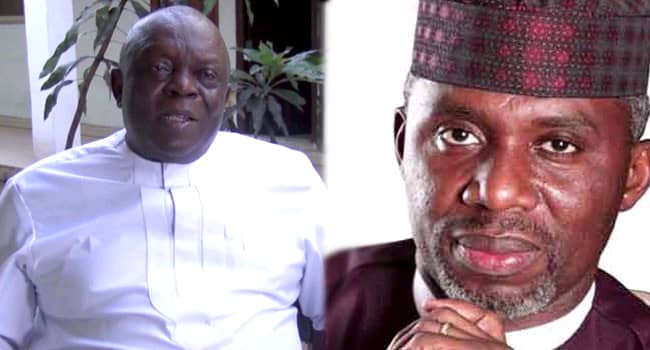 Imo state government has reacted to former Rochas Okorocha’s allegation of the incumbent Governor, Hope Uzodinma misleading the Inspector-General of Police to arrest his son-in-law, Uche Nwosu during a church service yesterday.

Commissioner for Information and Strategy in Imo, Declan Emelumba faulted Okorocha’s comment while addressing reporters yesterday December 26, adding that it was not in anybody’s place to tell the police how to arrest a suspect.

“What is the haste in this press conference trying to politicise an ordinary thing.

“Uche Nwosu is just an indigene of Imo State and a citizen of Nigeria, and if he has run afoul of the law, the police have every right to arrest him, and nobody should dictate to them how they do it.

Emelumba further described Okorocha’s comment as untrue and disgusting. The commissioner warned the former Governor of the state to desist from making such comments and allow the security operatives who already confirmed the arrest of Nwosu to do their duty.

He added that Governor Hope Uzodinma has no hand in Nwosu’s arrest. Emelumba said;

“What is painful is that a former governor of this state, Rochas Okorocha, is busy raining abuses on His Excellency, Governor of Imo State [Hope Uzodinma], and saying all manner of things about him.

“I don’t want to join issues with him.”