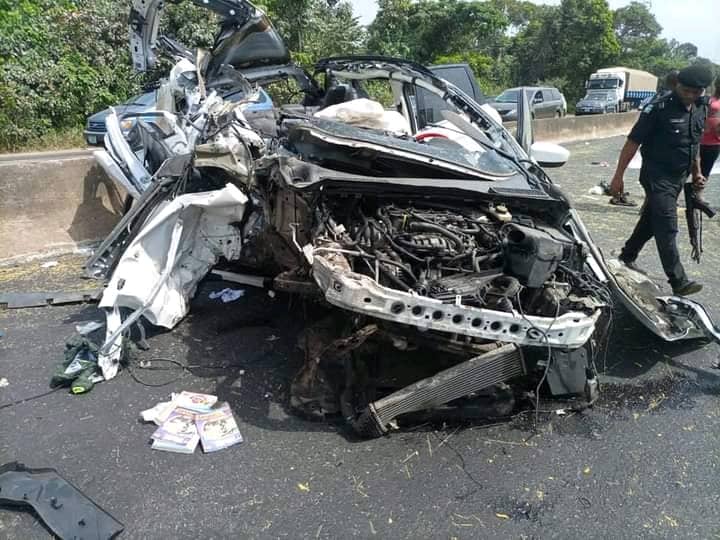 A woman and her two daughters have lost their lives in a fatal auto crash at Itako, Ijebu Ife in Ogun State.

The accident involving truck and a Ford jeep occurred at old MRS filling station, along the Sagamu-Benin expressway on Sunday, December 26.

Mr Akinbiyi noted that the accident occurred at 12:30 p.m. and was caused by excessive speed on the part of the Ford SUV driver who ran into the truck.

The TRACE spokesperson added that four people were involved in the accident, saying that three persons died.

“The Ford jeep was on its way from Lagos to the Eastern part on vacation when it rammed into a stationary Dangote truck from behind due to excessive speed and loss of control. The husband of the woman stays overseas and the driver was employed as the family driver. The driver is at the police station,” he said.

He explained that the accident involved a Howo truck with registration number WW 630 XA and a Ford jeep marked AKD 311 HH.

Mr Akinbiyi noted that the remains of the deceased were deposited at the morgue of Gosheng Hospital, Ijebu Ife, by operatives of the Federal Road Safety Corps (FRSC).

He said that the vehicles involved had been taken to Ijebu Ife divisional police station.

He commiserated with the family of the deceased, advising drivers to avoid excessive speed and dangerous driving, particularly during the harmattan season.