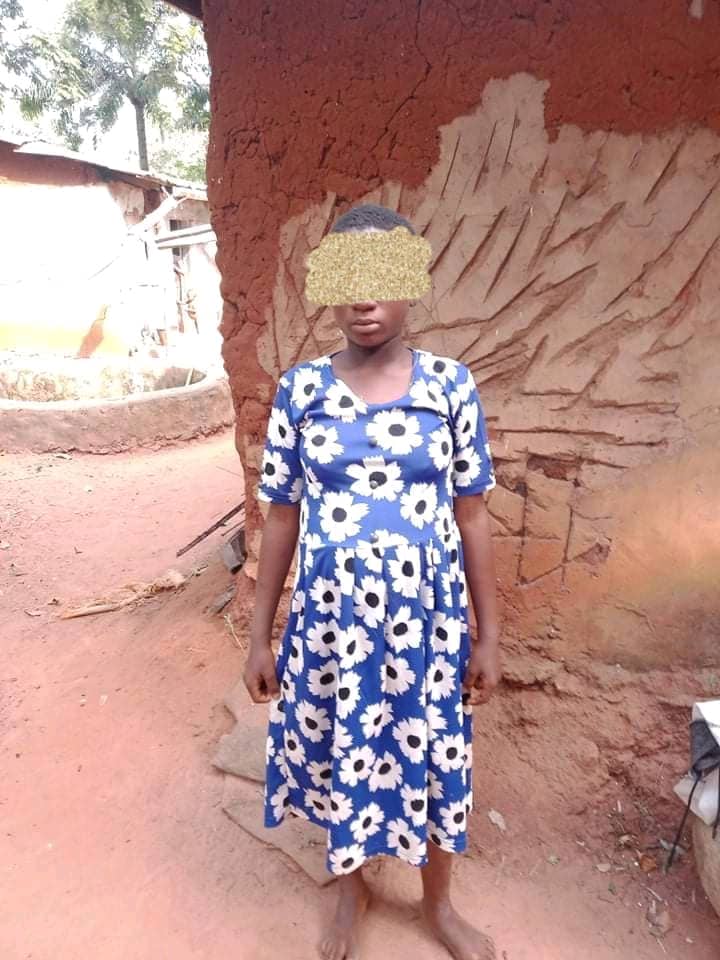 An 11-year-old girl has been impregnated by her aunt’s husband and has been abandoned in her village Orokam, Ogbadibo Local Government Area of Benue state to fend for herself and her unborn child.

It would be recalled that the suspect, a security guard at the Benue State University, Joseph Adoyi, was arrested by the police few months ago.

The victim was said to have been living with Adoyi and his wife at the North Bank area of Makurdi since she was three years old.

Adoyi was said to have threatened to kill the victim if she told her aunt.

One Andrew Obeya Adaudu took to Facebook on Wednesday, December 29, to share the plight of the minor and seek help for her as she is almost due for delivery.

“Sometime this year, this little girl of 11 years (Victoria) was allegedly impregnated by her aunt’s husband in Makurdi and she was sent home to fend for herself and her unborn child

“She comes from a humble background and can barely feed herself or attend any antenatal services. She hasn’t been able to visit any clinic since all these started (except when it was initially detected in Makurdi)

“From the look of things, she will be due any time soon? There is just no way this girl can have a normal delivery since her features aren’t fully developed to go through that stress

“She is from Orokam, Ogbadibo local government of Benue state. I have resolved not to tow the path of the law, since they had gone through that route and it does not look like the Police and the relevant agencies are willing to cooperate with her parents, and I currently do not have the luxury of time to be whipping the law around.

“How do we support this little girl to have a safe delivery, rehabilitation and subsequently return to school.