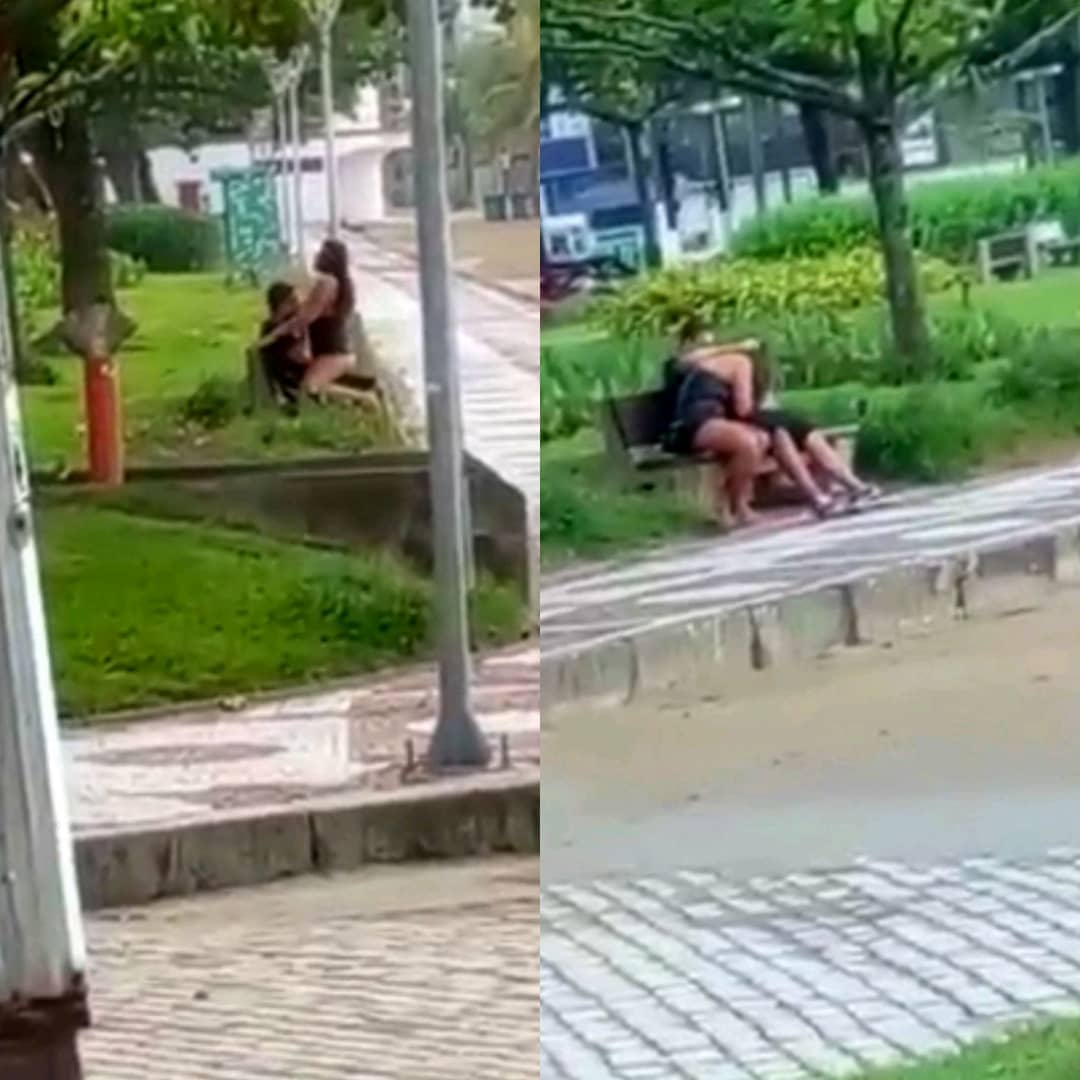 A couple were caught having sex on a public beach bench in broad daylight.

Onlookers were shocked by the sight and filmed the public romp in the Brazilian city of Santos.

In the video, a woman who is naked from the waist down, is seen straddling her partner on a public bench in front of the beach.

She moves her hips on the man’s lap as they share intimate kisses and the filming onlookers laugh.

The couple were also filmed, still fully clothed, sitting on the bench as the woman performs a sex act on the man.

When she bends down to perform oral sex on the man, the person filming shouts out and momentarily puts the couple off their stride.

However, despite being aware they were being watched, the couple continued.

According to Article 233 of the Brazilian Penal Code, the act can be classified as an obscene act, which may result in a prison sentence of three months to one year for those involved, in addition to a fine.

In a statement, the City of Santos stated that the Municipal Civil Guard was not called and, therefore, there was no record of what happened. They also said no complaint had been lodged.

The municipal administration asked the public to call the Military Police or the GCM in this type of case.