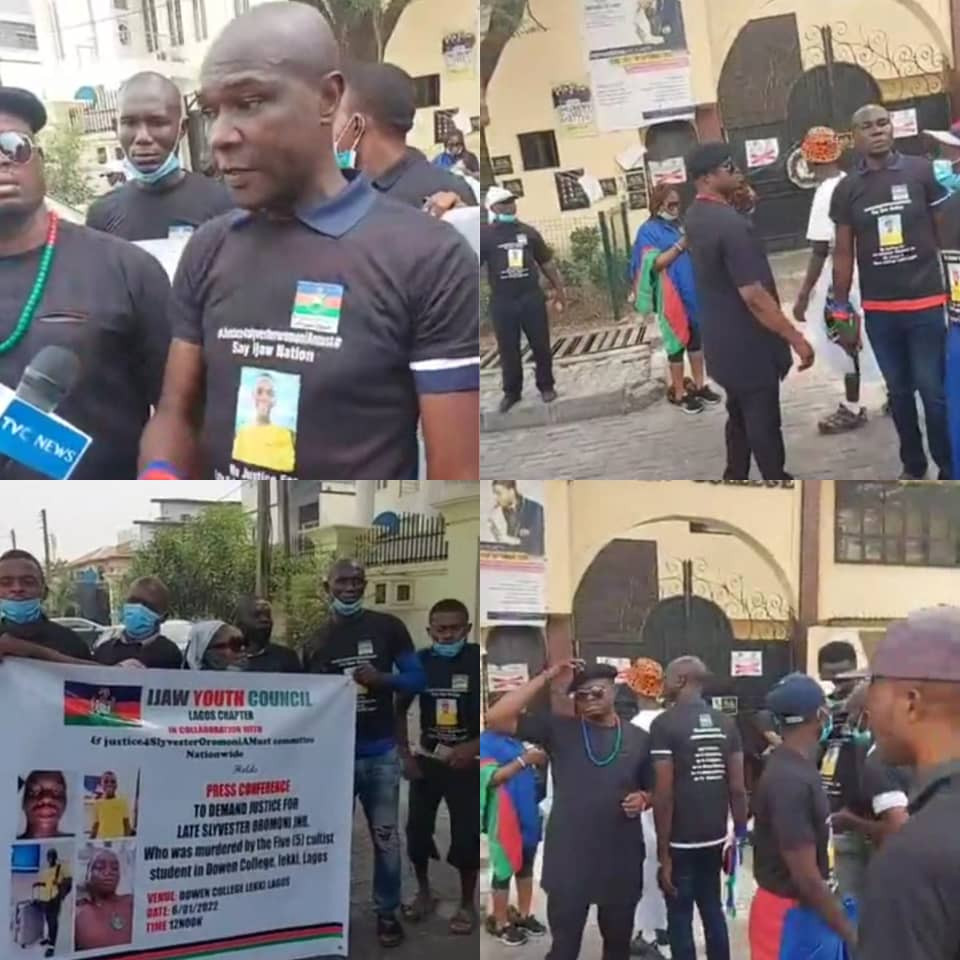 Protesting members of the Ijaw Youth Council, Lagos state have vows to storm Dowen college if the Lagos state government opens Dowen college stating that ”justice has not been delivered” for the death of their son, Sylvester Oromoni.

A leader of the protesting youths who spoke to newsmen as they staged a protest in front of the school this afternoon, said

”We are here today to express our anger and grieviances with the fake and corrupt report released by the Lagos state Director of the Department of Public Prosecution that this school where cultists are being trained and recruited, that the five people that killed our son without trial, without concluded investigation, they said they cleared this school to open.

If they open this school, the whole Ijaw nation will come to this school. Let them try us and see”