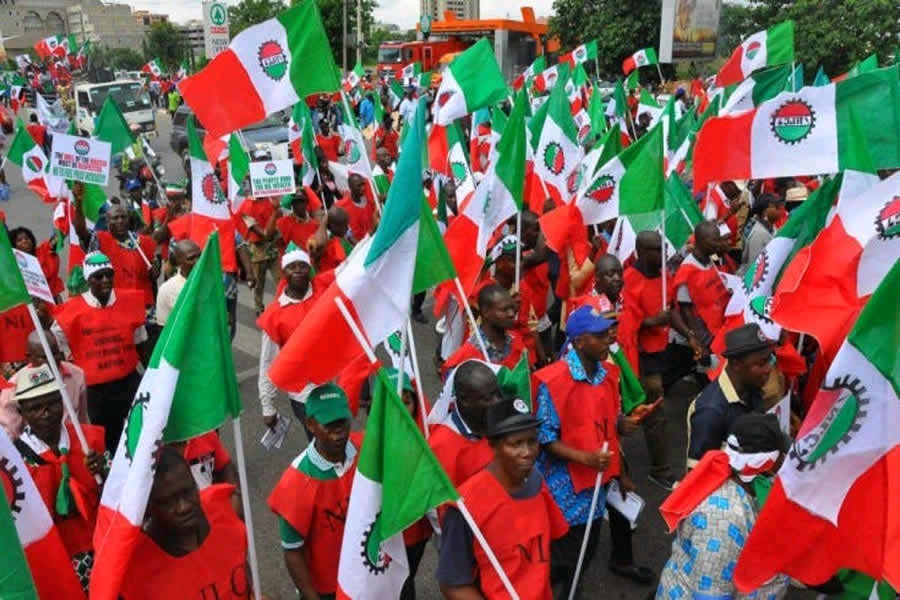 The Nigeria Labour Congress (NLC) has started off mass mobilisation of civil society organisations (CSOs) ahead of its nationwide protests planned January 27 and February 1 against the proposed removal of petrol subsidy by the Federal Government.

In a letter signed by NLC President Ayuba Wabba and General Secretary Emmanuel Ugboaja ahead of a meeting scheduled to hold tomorrow in Abuja and Friday in Lagos, the congress stated that the protest is necessary to register the displeasure and rejection by Nigerian workers and people of the proposed plans by the government to increase the price of the Premium Motor Spirit (PMS), also commonly referred to as ‘petrol’.

It was also noted that the planned price hike would see a litre of petrol sell between N340 and N360.

“Comrade, you may recall that at the regular meeting of the National Executive Council (NEC) of the Nigeria Labour Congress, which took place on 17th December 2021 at the Oyerinde Olaitan Auditorium, Pascal Bafyau Labour House, the NEC decided, among other things, to mobilise Nigerian workers and people for a nationwide protest on the 27th of January 2022, particularly in all the state capitals of the federation.

“There will also be a national protest on the 1st of February 2022, in the Federal Capital Territory (FCT).

“The planned protest is to register the displeasure and rejection by Nigerian workers and people of the proposed plans by the government to increase the price of the Premium Motor Spirit (PMS), also commonly referred to as ‘petrol’.

“Currently, it is being speculated that the planned price hike would see a  litre of petrol selling between N340 and N360.

“In order to plan for an effective and peaceful protest, we seek the indulgence of your union as a member of the NLC Central Working Committee to be part of a planning meeting with leaders of CSOs scheduled to take place in both Abuja and Lagos states.

“While we look forward to your attendance, please accept the renewed assurances of our highest esteem.”

President of the Trade Union Congress (TUC) Quadri Olaleye also said the National Administrative Council, CWC, and National Executive Council of the NLC would thereafter meet for three days from January 20 to fine-tune the strategies for the protests.

“The TUC will make its decision known on 22 of January. We are having our organs’ meeting from the 20th, 21th and 22nd. It is after that meeting that we will decide on what to do.

“The planned subsidy removal is a major issue that we will discuss. We have other issues like the failure of the government to implement the electricity tariff reduction agreement. We will look into it at the meeting. I don’t want to preempt the meeting.”