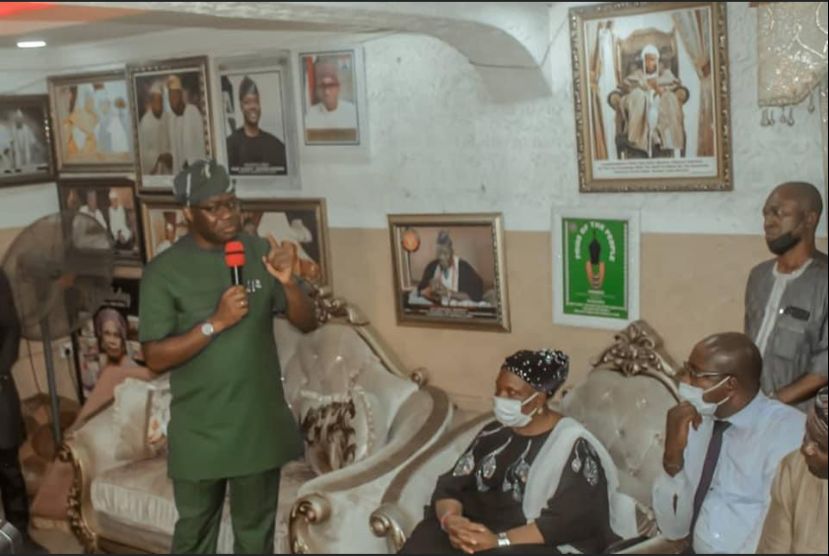 The Oyo state governor, Seyi Makinde has said that the Ibadan traditional institution must revert to its original concept.

Gov Makinde during his condolence visit to the family of late Olubadan of Ibadanland on Tuesday warned against further controversies in the process of appointing the next Olubadan.

Referring directly to Lekan Balogun and other high chiefs who were promoted to Obaship status to revert to their former positions, Makinde further described the negative comments about his absence during the demise of the monarchs as irrelevant.

Governor Makinde also promised that his administration will give the late Oba Saliu Adetunji befitting and state burial.