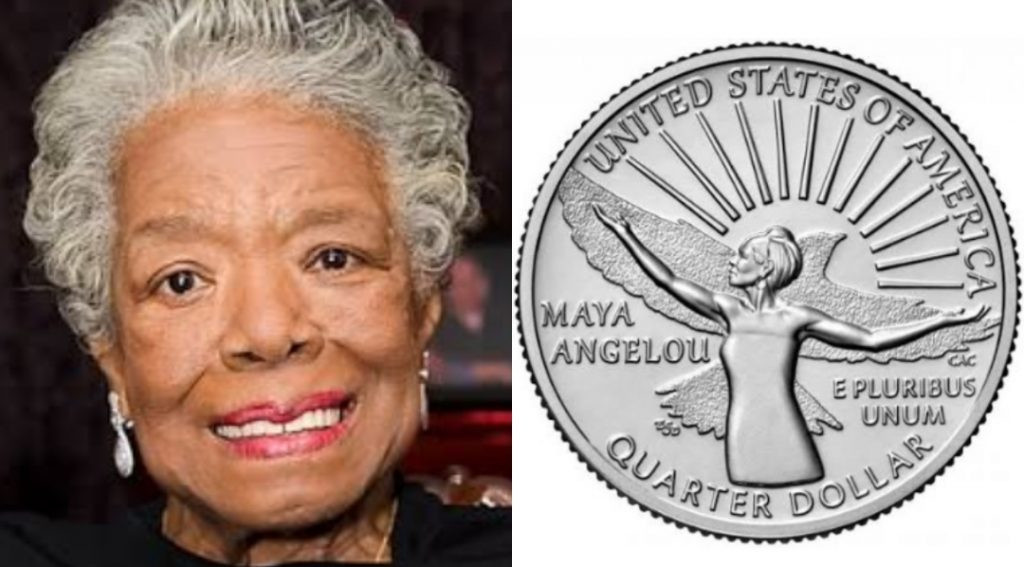 The United States Mint has started distributing quarters featuring the image of Maya Angelou, who’s a poet, a writer and activist as the first Black woman to appear on US currency.

The US Mint said the image of Maya Angelou was “inspired by her poetry and symbolic of the way she lived”.

Maya Angelou, died in 2014, and she’s the author of 36 books and the recipient of more than 20 honorary degrees, read her poem On the Pulse of the Morning at Bill Clinton’s 1992 inauguration, and was awarded the Presidential Medal of Freedom by Barack Obama in 2010.

Janet Yellen, US treasury secretary said: “Each time we redesign our currency, we have the chance to say something about our country – what we value, and how we’ve progressed as a society. I’m very proud that these coins celebrate the contributions of some of America’s most remarkable women, including Maya Angelou,”

The coins depicting Angelou were part of the American Women Quarters Program, celebrating prominent women in US history. The bill was put forward by Democrat congresswoman Barbara Lee.

Barbara Lee said: “I will forever cherish the private moments I had the privilege to share with Maya, from talking in her living room as sisters to her invaluable counsel throughout the challenges I faced as a Black woman in elected office,”.

“I am proud to have led this effort to honour these phenomenal women, who more often than not are overlooked in our country’s telling of history. If you find yourself holding a Maya Angelou quarter, may you be reminded of her words, ‘be certain that you do not die without having done something wonderful for humanity.’”