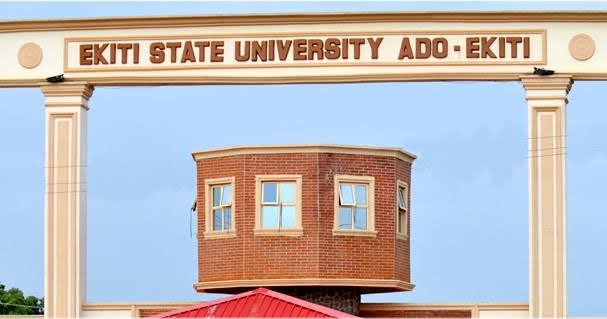 In a viral video, an unidentified student was seen molested by the school security of Ekiti State University, Ado Ekiti

An anonymous source told MarvelTvUpdates that the student male, who is a 300L undergraduate of Ekiti state university was harassed and tortured with an electric teaser by members of the school security early this morning. He said, “The boy was talking with his fellow student inside the examination hall and was caught by the invigilator.

“The invigilator searched his body and couldn’t find anything but still tore his exam paper having daze him slap multiple times. He also invited the school securities who molested the student with electric teaser countless times.”

Watch The Video Below