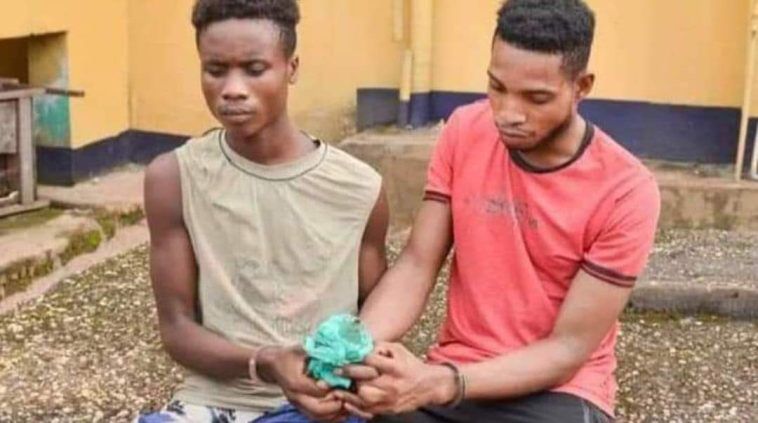 Two suspects involved in the gruesome murder of a nursing mother are currently in police detention in Abia State.

It was reported that the victim, Chihurumnaya Udeh, had her life cut short by the two young boys, who lured her to a hotel in Ogbor Hill area of Abia State.

According to the Abia Commissioner of Police, CP Janet Agbede, the incident occurred at Merry Home Hotels, Aba on April 15, 2022.

Chimaobi Anyim Kalu, 25, and his accomplice, David Ogwo Orji, 21, who were said to have killed the woman, Chimhurunanya Udeh, at Merry Homes Hotel, on April 15, 2022.

She said that on the fateful day, the suspects, Chimaobi Anyim Kalu, 25, and David Ogwo Orji, 21, connived and killed Chihurumnaya Udeh and absconded with her 11-months old child.

She noted that on discovering the misnomer, the proprietor of the hotel reported to the Police that the corpse of an unidentified female with a sharp cut on her neck was found in one of the hotel rooms.