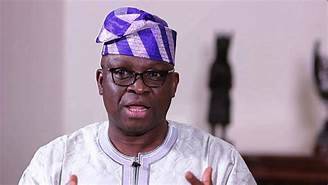 Former governor of Ekiti State, Mr. Peter Ayo Fayose has openly supported the Southern Agenda ahead of his Party’s Plan. He pointed out that the current president is a Northerner and has served two terms. Hence, it is time for a Southerner to take over.

The PDP stakeholder took to his Twitter to declare openly the latest development, He said “The current President of Nigeria is a 2-term Northern Presidency, thus implying that it MUST be a Southern Presidency in 2023 or NOTHING. Awa ‘South’ lo kan’. Nigerians should await details soon.”