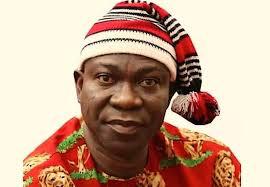 The Nigerian High Commission in the United Kingdom has engaged the services of lawyers to defend senator Ike Ekweremadu and his wife, Beatrice, over allegations of organ harvesting

Senate President, Ahmad Lawan, who made this known on Wednesday, June 29 said a delegation would on Friday, July 1 depart Nigeria for the U.K to pay a visit to the couple

The Ekweremadus were arrested by Police at the Heathrow Airport, London for alleged human trafficking and organ harvesting. They were arraigned on Thursday before Uxbridge Magistrates Court, but were denied bail and remanded in custody till July 7

According to his spokesperson, Dr Ezrel Tabiowo, Lawan said, “I had a personal engagement with our Nigerian High Commissioner to Britain Alhaji Isola Sarafa who has done so well to establish contact with our colleague, who has been able to get his team to be in the court at Uxbridge where Ekweremadu was taken to.