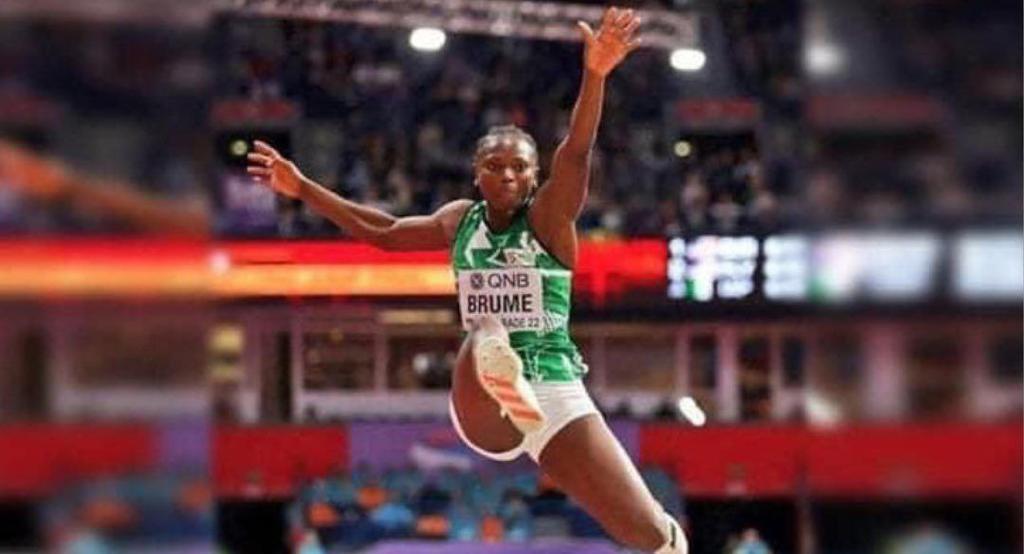 Nigeria’s Ese Brume has won gold in the women’s long jump at the 2022 Commonwealth Games in Birmingham, United Kingdom.

Brume had a no jump on her first attempt but bounced back right away to jump 6.99m to take the lead in the final and set a new Games Record.

She added another 6.99m and 6.96m in her subsequent jumps but none of her opponents could match or surpass her thereby securing gold with a jump to spare.

However, on her very last attempt, Brume jumped seven meters for another Games Record to become the first woman to jump that far in the history of the Commonwealth Games.

With Ese Brume’s win, Team Nigeria now has her first 12 gold medals in any Commonwealth Games. However, in total, Nigeria has 35 medals, – 12 Gold, 9 Silver and 14 Bronze.