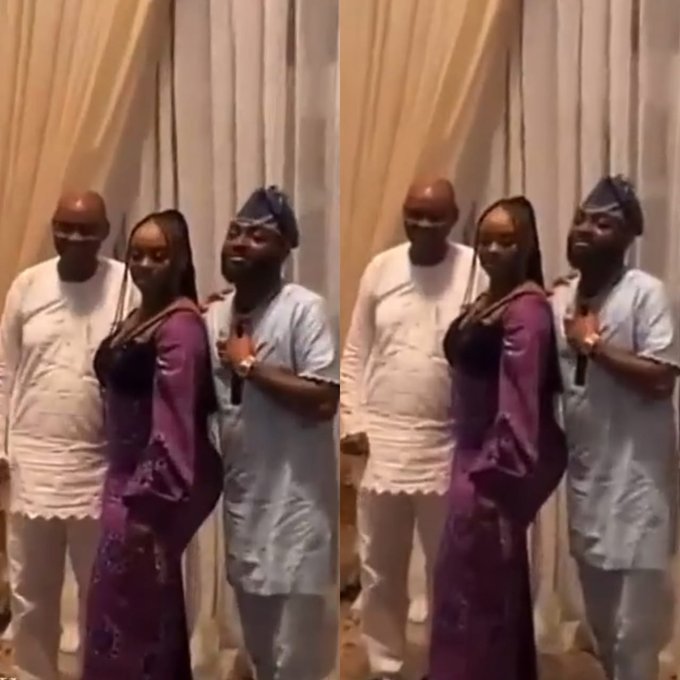 Chioma was at the inauguration ceremony of Davido’s Uncle, Ademola Adeleke, as the 6th executive governor of Osun state which held today November 27.

This will be her and Davido’s first public appearance after the unfortunate loss of their son, Ifeanyi.

Watch a video of Chioma with Davido and his dad below…