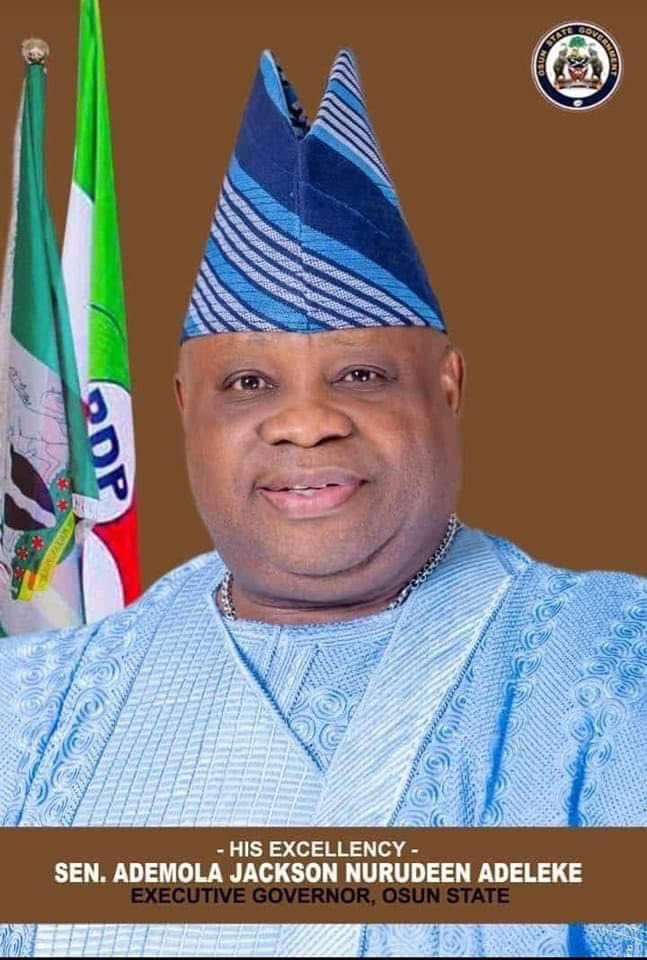 Ademola Adeleke, the man popularly referred to as the ‘dancing senator’ today, Sunday 27 November became the new governor of the state of the living Spring.

Ademola Adeleke who was the candidate of the Peoples Democratic Party (PDP) had been declared winner of the 16 July governorship election in Osun by the Independent National Electoral Commission (INEC).

He polled 403,371 votes in the poll to defeat his closest opponent, the then-Governor Adegboyega Oyetola who scored 375,027 votes.

The new Governor Ademola Adeleke and his deputy, Kola Adewusi, took the oath of office and allegiance in a colourful swear-in ceremony held at the Osogbo City Stadium.

The oaths were administered to both men by the Osun State Chief Judge, Adepele Ojo.

Reports indicated that Adeleke arrived at the venue in a long convoy of vehicles at about 11:20 am and took his oath at about 11:50 am.