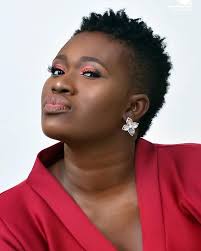 Anita Asuoha, a Dancer, Comedian and social media personality, Popularly known as Real Warri Pikin, has revealed that it took her twice hard work to that of her male colleagues to get recognized in the industry.

Warri Pikin, who recently staged her debut show in Warri, Delta State, in an interview said

“In any industry that is male-dominated, it is always very hard for females to break through. In this part of the world, women are relegated to getting married and having children. At most, people just expect them to open a supermarket. Society does not really support or encourage women who are out there pursuing their dreams. Because of this, women are afraid to come out. And, they start questioning their abilities”.

” During my last show, I performed for one hour at a stretch because I wanted to do something different from what male comedians were doing. I had to do extra. A lot of women in the comedy industry are not coming out because they are accepting the way society has been structured. They need to work twice as hard and it is more difficult for married women. I want to prove that a woman can be whatever she wants to be. A woman can be a wife and mother, and still pursue her career.”

As to why she held her show in Warri and not Lagos, the comedian said, “I’m a true daughter of the soil. I was born and brought up in Warri. I had to start from there because that’s where I represent. The experience was a very interesting one. It was also quite challenging trying to get everybody (entertainers) to Warri. Considering the fact that it was my first time, I didn’t expect such a large turnout. A day to the event, all tickets were sold out.”

Speaking about her husband, she described him as her ‘number one pillar.’ She said “Ikechukwu has been my number one pillar and supporter from the first day I started doing comedy. He supports me and he was actually my first manager. He does not have any inferiority complex. I also make it easy for him by carrying him along, so he doesn’t have any reason to doubt me.”

“Though he has his own business, he is one of the executives of my company, Real Warri Pikin Entertainment. I know some people say I’m faking it and I may not be happy in my marriage. But, I’m not faking anything. Even before I became this popular, I always flaunted him on social media.” she added