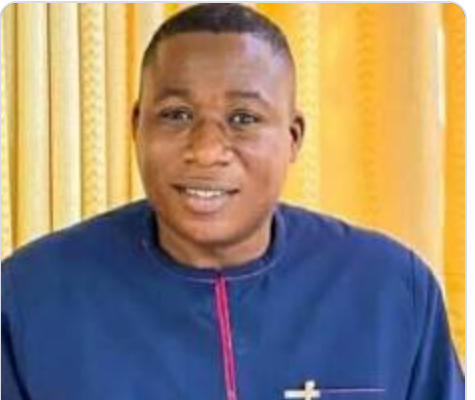 Sunday Adeyemo popularly known as Sunday Igboho, lambasts his lawyer,Ibrahim Salami for disrespecting him. He claimed Salami Ibrahim left him unattended to for over 15 minutes while attending to someone else.

In the audio that leaked, he said “I told him I was angry and wanted to eat and he told me to go. I told him to see me not them. He didn’t come here for those people now and I kept waiting for him for 15 minutes. If he had told those people to spare him some time to attend to his client, they would have understood because he came here because of me.”

The 50 year old self proclaimed activist further expressed his anger by pouring out his bitter truth about lawyers. He said, ” Are the lawyers God? The lawyers that can’t convince a judge to release me. See how many they are, about 10 of them, are those ones lawyers? The lawyers that can’t let them remove handcuffs from my hands for seven days until Falola came. It wasn’t small money they collected,some collected #5million naira, some #4million naira,I’m not afraid of anyone of them”.