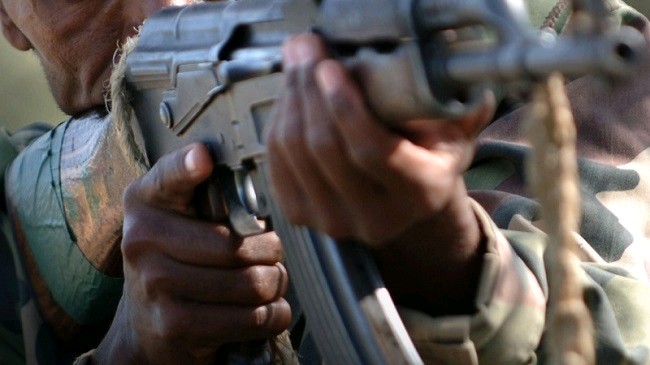 THREE persons have been arrested by the police in Ogun State, just as one person was feared killed and seven others shot after hoodlums invaded Igbo Oba community in Igbesa area of the state.

Two other persons were as of Monday evening still missing after residents scampered into different directions when the hoodlums struck. Fourteen expended cartridges and six live cartridges were recovered from one of the arrested suspects, Muibi (surname withheld), who claimed to be a member of the Oodua Peoples Congress (OPC).

The attack on the community occurred less than 48 hours after residents raised the alarm of an imminent attack through a Save Our Soul (SOS) message to the Inspector-General of Police, Usman Baba Alkali.

Nigerian Tribune gathered that the attack, which occurred early on Monday morning, was the fourth in a month by members of the same gang.

Policemen from the Special Weapons and Tactical Squad (SWAT), Abuja had some days ago dislodged the hoodlums from the village, but they returned on Monday to attack residents.

One of the survivors, Idris Hamzat, who was rushed to the Ota General Hospital, said: “I was in our house when I discovered that petrol had finished from our power generating set.

“I could not come out alone for the fear of armed robbers, but as soon as we came out, there heard sporadic gunshots and we all ran into different directions.

“I then felt a sharp pain in the middle part of my body and my thigh, but I kept running into the bush until I discovered I had been shot.”

Another victim, Oladimeji Akande, who was also rushed to the same hospital, said: “There were about 100 of them with sophisticated weapons.

“They thought that I was dead because they shot me in the leg and other parts of my body. I struggled to creep into the bush.”

A resident of the village, John Oloru Odo, said: “The hoodlums were led by one Akogun and Ewe .This is the fourth time that they have attacked us in the last one month.

“The attack came less than two days after we raised the alarm that these people were planning to invade our village after they were chased away by SWAT officers from Abuja.”

The arrested OPC member, Muibi, in his confessional statement to the police at Agbara police station, admitted to have gone to the village with the gang, but denied taking part in the attack. The suspect also claimed that the cartridges that were recovered from him were given to him by an unidentified member of the gang.

He also claimed that he was not holding any gun, but that he was holding the live cartridges in case more were needed.

The suspect said: “I was told that we were going for a security job. It was when I got to that area that I knew that they planned to use us as land thugs.

“I am a member of the Oodua Peoples Congress (OPC). I am a security guard. It was one Azeez who took me to the site. He lied to me that we were going for a security job. “When I discovered that they wanted to use us as land thugs, I stayed back around the village and it was later that my friend and I were arrested.

“There were many of us from different places. Some came from Idimu, Ikotun, Sango, while my friend and I joined them from Okokomaiko.”

The Police Public Relations Officer (PPRO) in Ogun State, Abimbola Oyeyemi, could not be reached for his reaction as calls to his mobile phone line were not answered as of the time of filing this report.