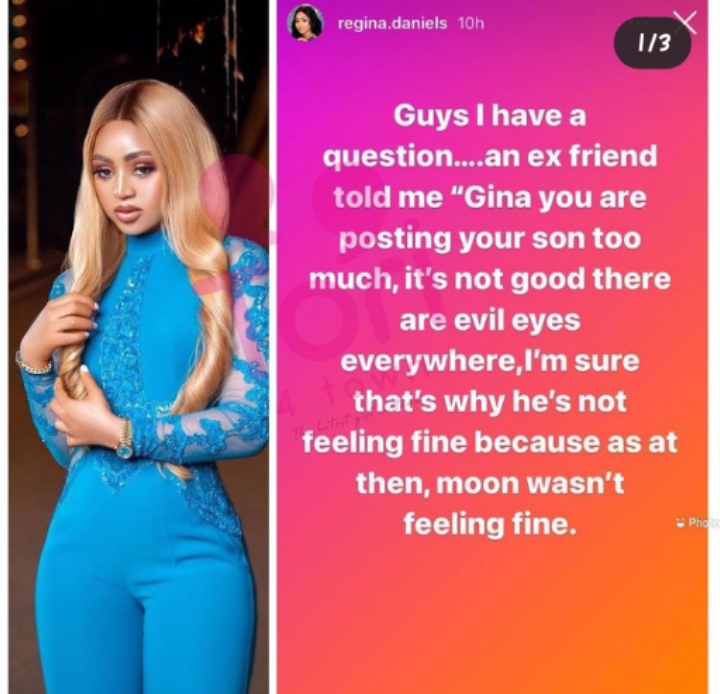 Nigerian actress and film producer, Regina Daniels has posed a question to Nigerians over a discussion she had with her friend concerning her son, Moon.

Regina Daniels is married to a 59 year old billionaire, Ned Nwoko and they gave birth to a son on June 29th, 2020.

The Nollywood actress on her IG story shared that her friend advised her to limit the way she posts her son on social media as evil eyes are everywhere. ‘ Gina you are posting your son too much, there are evil eyes everywhere, I’m sure that’s why he is not feeling fine’ she wrote.

Regina also noted that as at the time she said those words, her son, Moon, was not feeling fine.

She however expressed her disbelief at such notions, stating that she doesn’t believe there are such things as she is just showing off her son because he is too cute.

Throwing a question to her audience, she asked “So guys tell me, do you think I post my son too much? Does he annoy your timelines?”