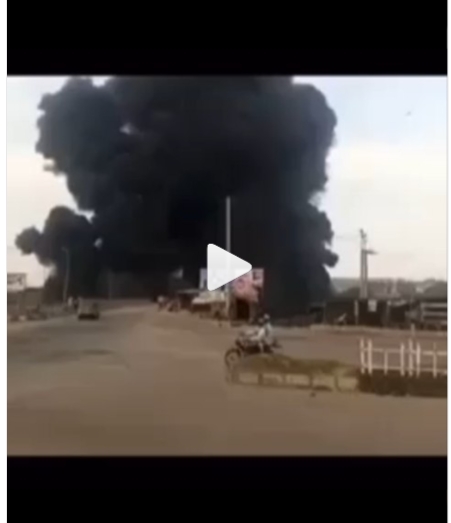 A reported tanker laden with fuel which overturned while making its way inbound Rounder from Oju-Irin, Lafenwa, is now engulfed in fire.

This fire broke out due to the uncooperative attitude of people around the axis through scooping of fuel and other unwholesome act which sparked off the fire.

In the video below, the whole area is covered in thick smoke and residents and commuters can be seen scampering for their lives

The general public are advised to vacate the vicinity, while TRACE, POLICE, FRSC, FIRE SERVICE and other 1st responders resolve the latest emergency.