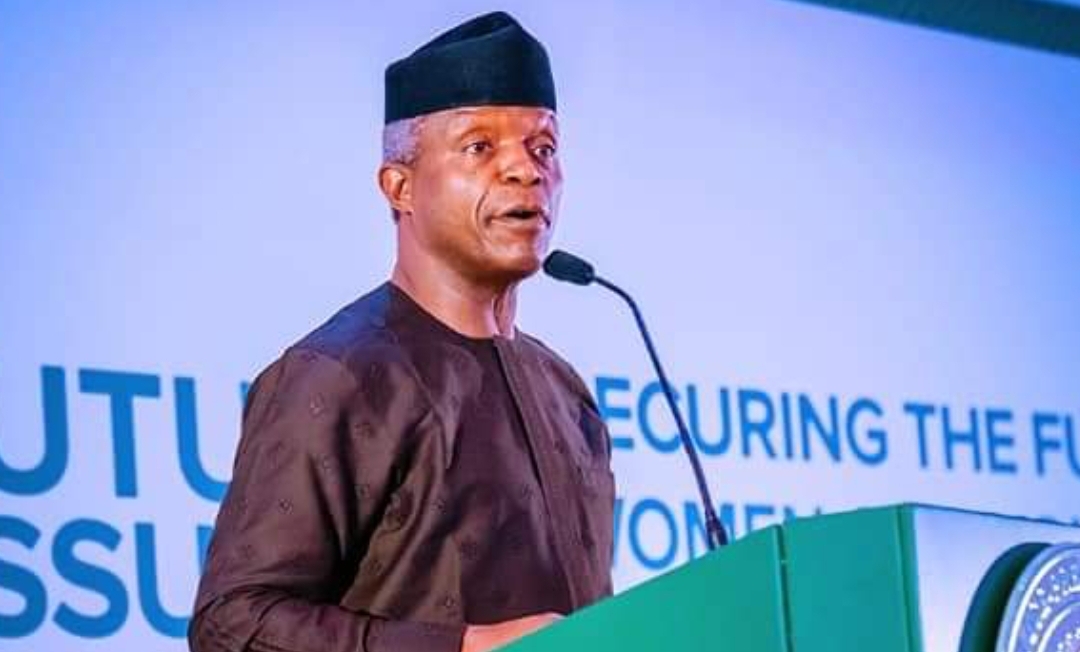 Nigeria’s Vice President, Prof Yemi Osinbajo, has slammed the United States, United Kingdom, and the European Union for their aggression against Nigeria and other developing nations regarding investment in fossil fuels, including natural gas, lamenting they are creating existential problems for the country.

He added that as development finance institutions tried to balance climate concerns against the need to spur equitable development and increase energy security, the UK, US, and EU “have all taken aggressive steps to limit fossil fuel investments” in developing and emerging economies.

“It is worrying that a growing number of wealthy nations have banned or restricted public investment in fossil fuels, including natural gas,” media aide to the Vice President, Laolu Akande, in a statement, quoted Prof Osinbajo to have said. “Such policies often do not distinguish between different kinds of fossil fuels, nor do they consider the vital role some of these fuels play in powering the growth of developing economies, especially in sub-Saharan Africa.”

Prof Osinbajo mentioned that the world should not choose between energy poverty and climate change. He argued that the challenge could be addressed with natural gas and Liquified Petroleum Gas (LPG) as transition fuels alongside other renewable sources.

He further lamented the World Bank and other multilateral development banks had been urged to do the same.

“The African Development Bank, for instance, is increasingly unable to support large natural gas projects in the face of European shareholder pressure,” he disclosed.

According to him, close to 600 million Africans are without access to electricity.

“For developing countries, unlike the rest of the world, the transition to net-zero emissions poses two existential problems. Aside from the climate crisis, we have the problem of lifting millions out of extreme poverty and access to energy is a huge part of that,” Mr Osinbajo pointed out. “For the few with access to electricity, it is either unreliable due to lack of generating capacity and infrastructure, or unaffordable due to high prices.”