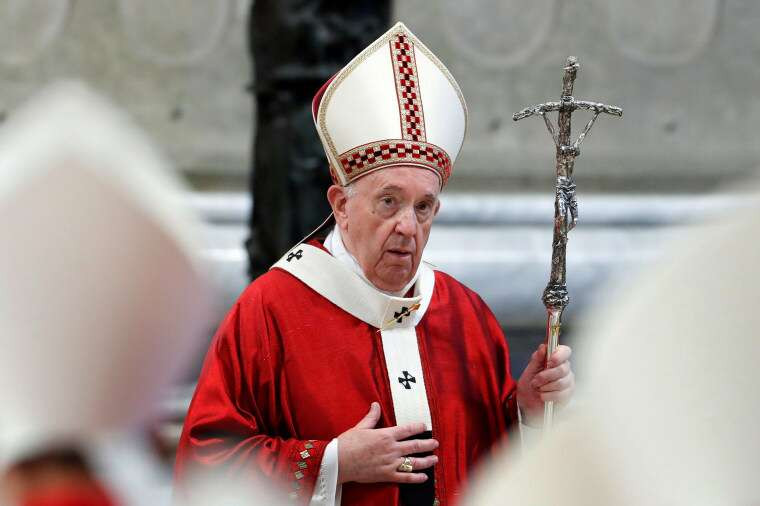 84-year-old Pope Francis has stated that sexual intercourse outside marriage is “not the most serious sin.”

He made this known during a question and answer session with reporters on a flight back to Italy from Greece on Monday,

Francis made the statement in response to a question about the Archbishop of Paris Michel Aupetit’s “ambiguous” relationship with a woman.

Aupetit, 70, denied the relationship was sexual, but he resigned to protect the reputation of the Church.

The Pope was also asked about the resignation of the Archbishop of Paris, Michel Aupetit, who offered to step down earlier this month after a French magazine claimed he had engaged in an intimate relationship with a woman.

Traditionally, Archbishops and higher members of the Catholic Church follow clerical celibacy, which means they abstain from sex.

The Archbishop denied the affair, and said: “I poorly handled the situation with a person who was in contact many times with me.”

The Pope, who accepted the Archbishop’s resignation, said “it was a failing on his part, a failing against the sixth commandment, but not a total one.”

The sixth commandment says “you shall not commit adultery”, which applies to people having sex outside of their marriages but the Pope suggested it could apply to priests who don’t stay celibate.

During the flight, the Pope said he removed the Archbishop due to “gossip”.

“We’re all sinners. When the gossip grows and grows and removes someone’s good name, he cannot govern,” he said.

During his visit to Greece, the Pope encouraged young people not be to tempted by the consumerist “sirens” of today.

He explained: “Today’s sirens want to charm you with seductive and insistent messages that focus on easy gains, the false needs of consumerism, the cult of physical wellness, of entertainment at all costs,” he said. “All these are like fireworks: they flare up for a moment, but then turn to smoke in the air.”