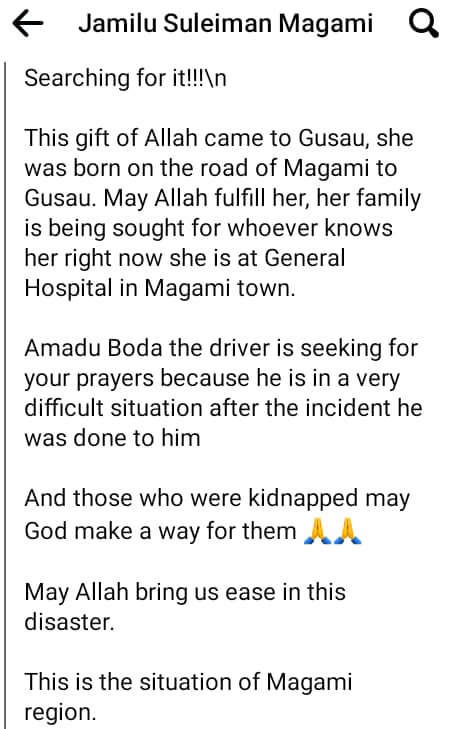 According to one Almustapha Abdullahi, she was killed along the Magami-Gusau road on Wednesday, December 29.

Details about the incident are still sketchy at the time of this report, however, it was gathered that some other travellers were reportedly abducted during the attack.

Meanwhile, one Jamilu Suleiman Magami said that the woman’s body has been deposited at the General Hospital in Magami Town.